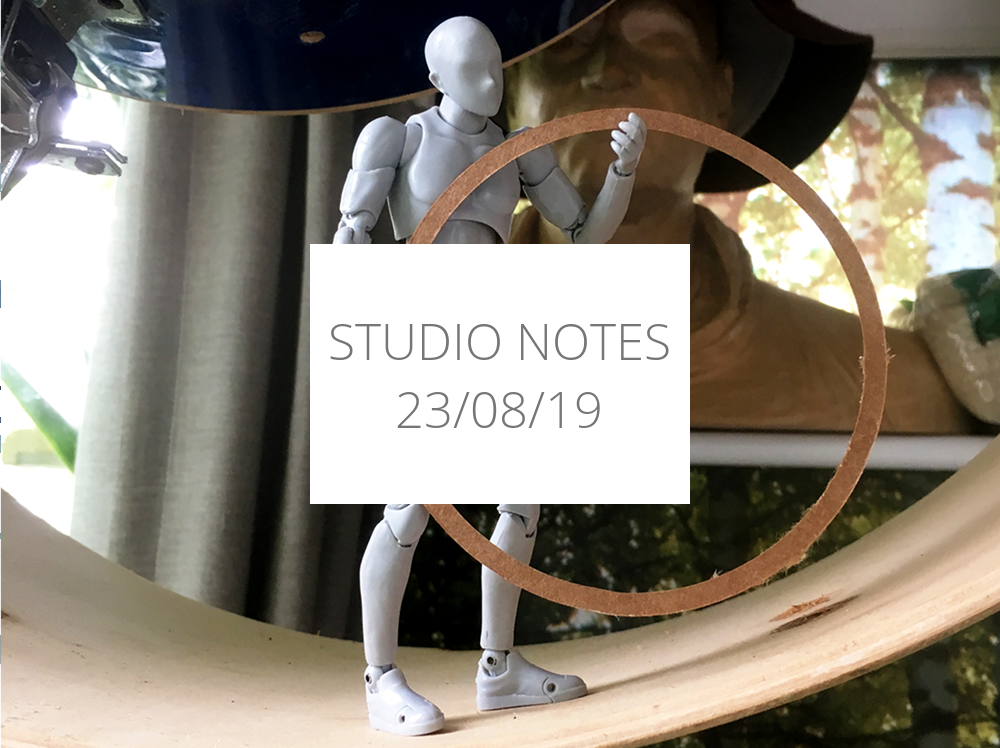 Studio Notes 23/08/19 - we've been to visit the Lowry and taken on a tough DIY job - not much time left to design the new coin.

Just like that, the summer holidays are coming to an end. I feel as though the weeks just slipped through my fingers, but I don’t want to whinge about it too much; at least we’ve got another week left.

A visit to the Lowry

We were heading to the outskirts of Salford anyway, so I suggested going to have a look around the Lowry’s permanent exhibition and “Expect The Unexpected”, an exhibition about chance…

I like the idea of highlighting elements of chance in art, especially because I’m usually so uptight about process and tend to only embrace the random when it’s forced upon me.

On the other hand, we’re fooling ourselves about how much chance there really is in some of these works when the entire delivery is stage-managed, curated and explained in a neat writeup on the wall.

Instead I’ve been plastering a wall. I don’t know how to plaster a wall, and I can’t say I’ve done a great job, but it’s a very small wall and it’ll be hidden by a radiator and papered, so there.

The cut-outs I made last week won’t go to waste though; I still have plans for them, but I just need an afternoon to sit at my laptop and work out my new design. Hopefully next week will be a bit more predictable than this week was.