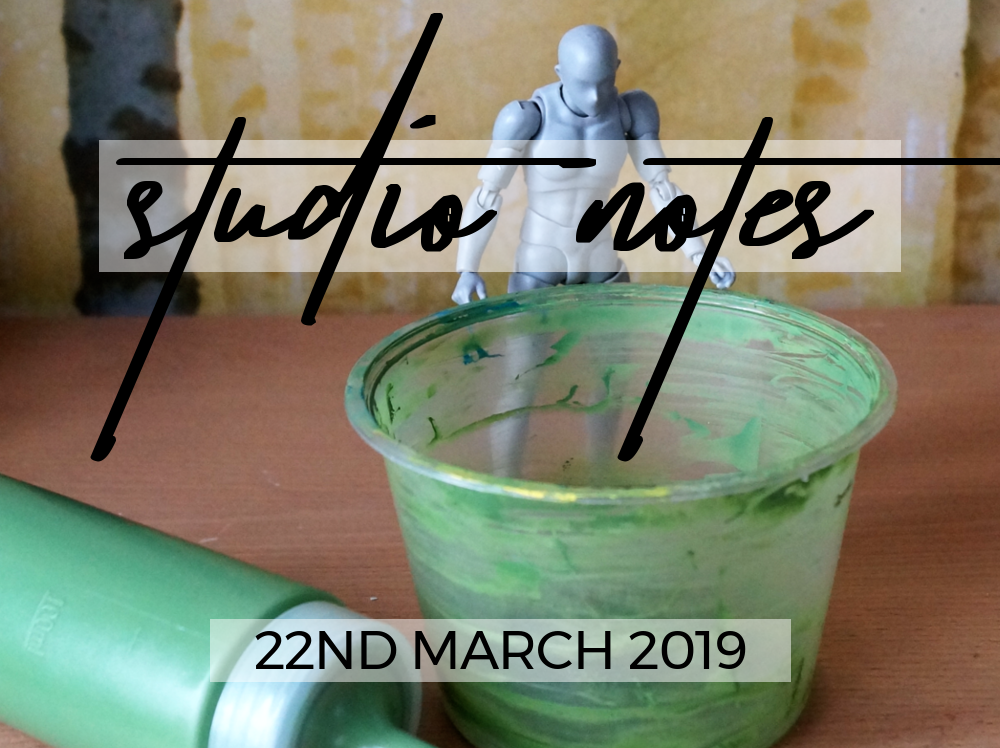 When you’re thinking about being productive and/or successful as an artist, it really helps to look at the big picture. I tend to worry about not getting enough done from week to week, probably because I know I’m going to come onto this blog and confess every Friday.

But that weekly cut-off time frame doesn’t matter, really; it’s an arbitrary limitation that I’ve imposed on myself to help myself. It spurs me on, even though absolutely nothing will happen if I don’t make any art or if I don’t post about it. *crickets*

This week I’ve attacked the work. It’s been hard to make myself stop long enough to write about it, actually! And all this after moping last week about not getting enough done – the thing that worked was turning up, doing a few materials tests, and letting the little embers catch fire.

I made a mistake…

Last year I knew I couldn’t go straight through the process and print my notes, because I had to have surgery. So I did the next best thing and got all my prep out of the way – I mixed up all three of the colours I would need, and tested them out. Great, right?

Well, when I did that, I ended up re-mixing the lightest colour, as colour no. 3 was too close to colour no. 2. That means I ended up with four bottles of ink.

Of course, three months on, I picked up the rejected colour and started a full run of prints, and only realised what I’d done after getting through most of the first side!

That meant I had to totally reformulate the two colours that came next, which was a waste of time. But… after having spent time this week listening to a podcast episode about sunk costs, I was happy to brush that off and work on making my second round of colours better than the first. After all, I knew the first iteration wasn’t amazing, so this was a chance to shoot for that!

I found this to be such a motivating concept, and one that I think needs to be broadcast to artists as well as economists. It gave me the kick to clear out the corners of my studio that had become a shrine to the 5+ year old class notes and projects that I didn’t really want, but had once put a lot of time into. Into the bin, and I feel fine.

So I’m sure I’ll be writing more about that, eventually.

But for now, I’ve got money to print.