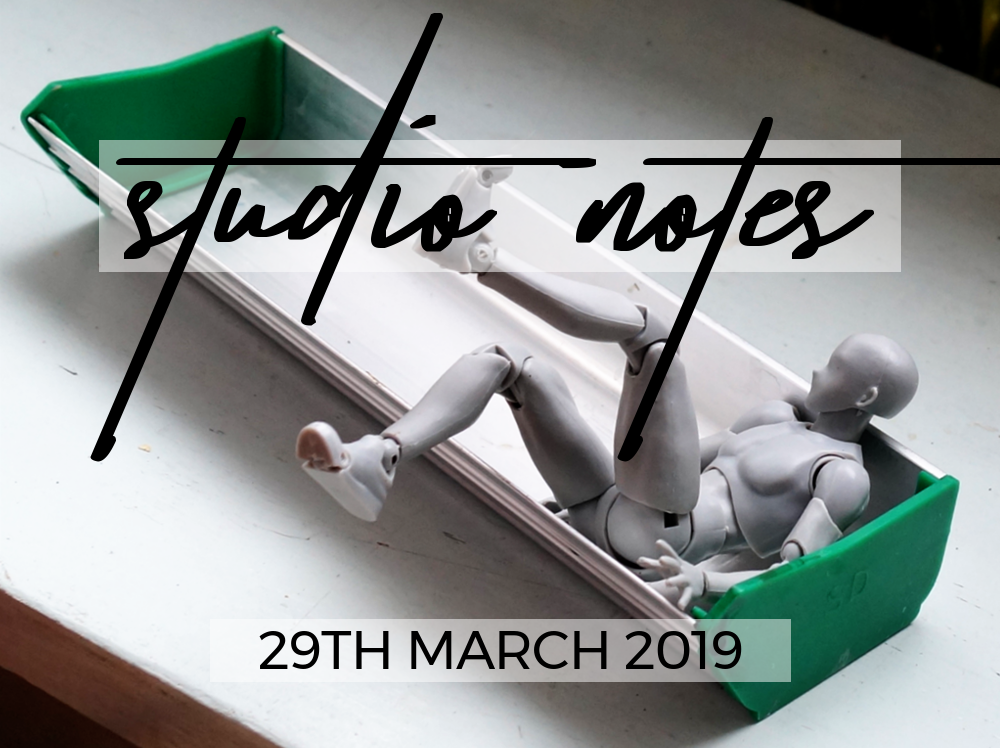 Like I said last week, the colours changed on me mid-printing, which was unexpected, but I ran with it and ended up with something more ochre-tinged than froggy green.

Because I took my photographs late in the day on Sunday, I lost the light I needed and basically ended up with a blueish cast after colour correction – or I should say, after attempting colour correction.

So yeah, I’ll have to take some new pics but I just had to get them uploaded there and then, because I knew the start of the week would be too busy and it would end up taking months.

Here’s a post about the ideas behind this part of the money project and the process.

Tidying up the studio and the loose ends

There has naturally been a lot of visual notetaking and recording over the course of the money project, and I found that starting a sketchbook helped me to get to grips with the processes and track the progress.

I don’t naturally gravitate towards working in sketchbooks, as I like to work on loose sheets, and do a lot of 3-d work as well… so sketchbooks always seemed to be just tarted up scrapbooks, which I couldn’t be bothered with. Still, I realised last year that I needed to start one just for the money in order to sort out the clutter in my head, and guess what? I really enjoyed putting it together, and it totally paid off.

Now, the challenge is to sort through the past few months’ tests and scribbles and decide what makes it in and what goes into the bin.

Dilution, and other roadblocks to getting art done

On Thursday I was listening to the Escape Hatches episode of The Accidental Creative podcast. One part of it made me stop – the second “escape hatch”, dilution. You can get there at about the ten minute mark.

Was what I always thought of as “shiny object syndrome” really just a way of diluting my commitment and rationalising underperformance? Maybe – I am very open to analysing myself in that way, as long as it’s helpful and not just something to make me feel generally annoyed with myself.

Recently I’ve made a lot of progress with saying no to things and turning down work that doesn’t pay off in terms of what I want to get done in the long-term; so I want to keep that going by taking a little bit of time to wrap up some of the small, niggling projects that don’t count towards either the figurative images or the money project.

Just a few things like making new cardboard box shelves and making some Japanese stab-stitch notebooks and notebook covers – not practice-related, but things that I’m curious about and want to hold in my hands!

Then I’ll have all the time to focus on the two (or, let’s face it, three) projects that I love.