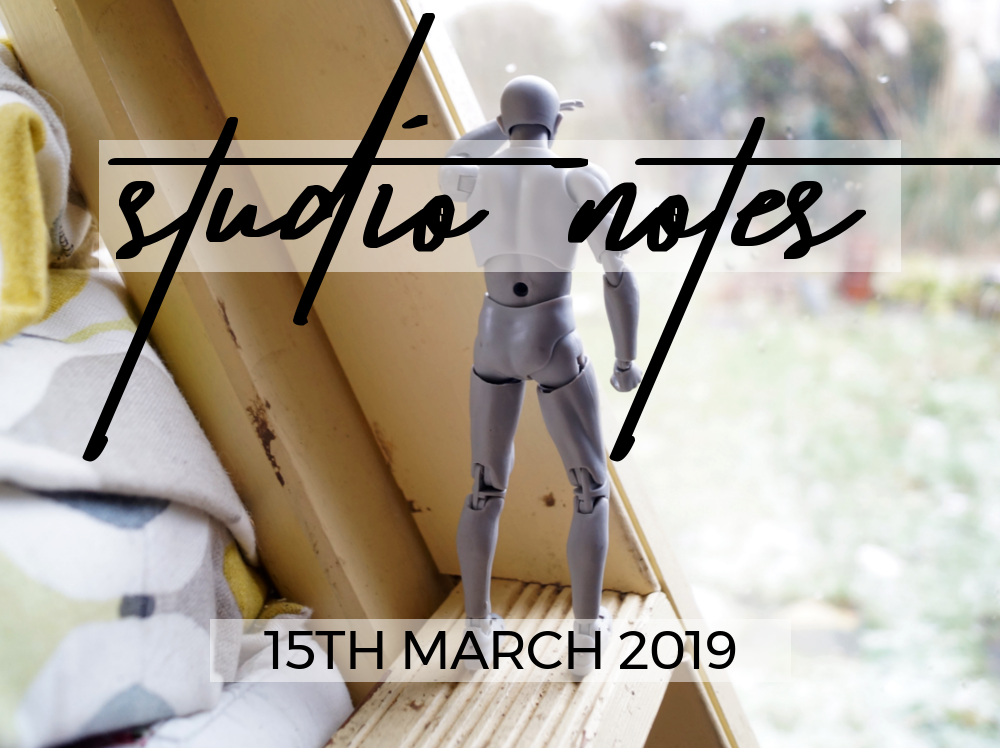 Overwhelm has hit me hard.

I really, truly hate to say that, as I think it’s so commonplace and it’s something that I’ve gone through and defeated before, and I can already see its cyclical pattern laid out before me: it comes and goes, and I get that it’s absolutely pointless to fret over it.

Backing up – the return of a shelved project

So why slip back into feeling swamped? Well, I was listening to a podcast whilst tidying up, as I often do, and this one happened to be about increasing creative productivity. I wasn’t going out in search of self-flagellation, I promise – I just cycle through different podcasts for creatives and for marketing, and this one popped up.

It was great, actually – engaging and thought-provoking, and it pushed me into reconsidering my timeline for the course I’m writing. I should say, into reconsidering the fact that if I don’t start writing this course as a priority it won’t be finished this year.

Fast forward through the buzz of that evening to the grim reality that the course is not a simple project at all… cue feeling swamped and overwhelmed.

Writing the course I want to take

I’ve been through plenty of art education, and I can see a lot of low-quality courses bandied around online.

There are even more blog articles telling you that you can easily create a course and earn passive income from it. This is the problem – a lot of low, or at best, mid-quality content encouraging you to create low or mid-quality content as a course. Actually, the same goes for ebooks. I think that if you want to write and publish a book in a week, as I’ve seen suggested online, you should accept that you’ll be writing and publishing a bad book at best, or more accurately, an assortment of related articles.

This really isn’t something I’m happy to do, but I’m not happy to sit on my idea for much longer either. I feel as though I need to make this a priority just so that I can get it off of my shoulders and carry on with the artwork that I had to shelve at the end of last year.

What I want to do is to write the course I would want to take, and to write the book I would want to read. Sounds good, but both of those things have to be, for me, substantial and specific, high-quality offerings. The kind of things that require time and research, and a lot of focus.

What I’ve done to get unstuck

Nothing gets done via hand-wringing and worrying.

One of my first jobs this week was to start cleaning and organising my studio, as it had been neglected since my enforced break at the end of last year. This will help with absolutely everything – being able to quickly do some work in some stolen time or find the resources I need for a job.

Another was to organise my existing course/book notes, see what I already had and what else I needed, and come up with a writing plan.

So far, the plan is to flesh out the existing headings into chapters and write the entire text as I would write a book. When the first draft is done, I’ll see if I can package it as a course by recording it. After that, I’ll add to the text, then refine and edit it into a full book. If it’s a bad book, then I’ll make it better. Simple plan.

What helps me to stop freaking out is that part of the plan is only looking at the steps that are right in front of me. Writing a book is a big deal; writing ten thousand words is less so, but writing one thousand words about one single topic is not as terrifying.

Also, I learned that I really like writing notes longhand instead of typing them.

It never ceases to surprise me, just how easy it is to actually get on with the work. Sound strange? Well, I find that thinking about doing something is invariably more stressful than the task itself actually turns out to be once I get started. I managed to start testing my Solarfast inks with the screen printing thickener and come to the conclusion that this was absolutely not the right medium for the money project.

The great thing about this is that even though my tests didn’t turn out as I wanted, the way forward with the inks I mixed and tested in December is totally clear and I’m not left with any niggling doubt as to whether I should try something different.

I’m going to keep the same train of thought for the writing. Just sit down and do the work, even if it’s just a tiny bit, or just to answer that small nagging question. It’s rarely as hard as you imagine it to be.