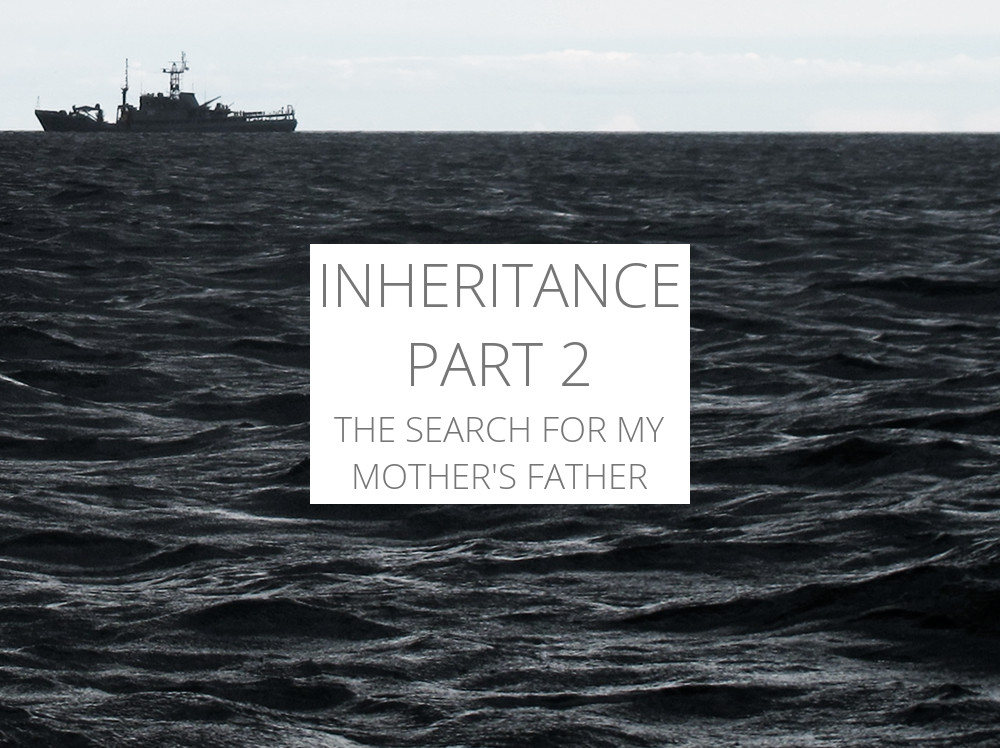 In part 2 of Inheritance: The Search For My Mother's Father, we investigate our only lead for decades, and discover the surprisinly fitting US Navy motto Arcana Maris Quaerere.

For years, we believed my eldest aunt’s story about the identity of the white man who got my grandmother pregnant.

Joycelyn was the eldest of my grandmother’s two daughters, and although she was only twelve years old at the time, she was more reliable than anyone else who had given us information. However, no one else had any information for us, so my mother had no choice but to believe.

A description and a name

She said that she saw him. He was tall; so tall that he was stooped over. He wore thick glasses. Nothing more was offered about his appearance… of course, we knew the colour of his skin.

My mother and I brought these details out every now and then, and made our own simple stories: of course, this was the reason Mum was so tall. They say bad eyesight can skip a generation, so this was probably why I was the only one in our entire family to need thick glasses.

This was it. That was all there was.

That, and a name: Bloodsworth.

Intriguing as it sounded, neither of us liked it. It gave us nothing as well. No clues, no leads.

The only other thing that added to our thin story was the idea that he was in the US Navy.

The US Naval base in St. Lucy was decommissioned in 1979, the year that I was born.

I had only heard of its existence because of our family history mystery, and the suggestion that my mother’s father might have been an American sailor stationed there. I imagined that there were plenty of US Navy men in the Caribbean during the second world war and afterwards; listening to Jean and Dinah told me to expect that.

Still, I had never seen it, and never knew anyone who had – or had even heard of it. Growing up in Christ Church, St. Lucy might as well have been on another planet, and besides, the past is a foreign land.

It was during this recent search that I found the facility’s motto – Arcana Maris Quaerere – by my translation, something like “mysterious sea search”. It felt weirdly fitting, as all we had done for years was wade through opaque water, angling for one small fish in an ocean of men.

In the late 1990’s, my mother and I went to the Archives together to see what we could turn up about this missing man, as well as our real family. Scanning through the microfilm made me feel seasick, and I came away with a lot of jumbled Devonishes, but hardly any way of putting them together to make me. There wasn’t enough time to uncover much more, and there didn’t seem to be much point to it.

Searching the mysterious sea of mankind

Pre-internet searching for an unknown American sailor was pointless. We came across the same problem: no full name, no social security number, no clue.

Only recently did I even try to find out more about the St. Lucy naval base through a simple online search; this time, with so much less effort, I found out more about it than I ever had before.

This raised more questions though – the base that was decommissioned in the year of my birth was commissioned in the year of my mother’s birth – only two months beforehand, actually. How could any of those 100 officers or enlisted men be my grandfather? Of course, I reasoned, the base would have had to have been staffed and prepared prior to its official opening… still, there was no way of knowing if we were on the right track.

In the midst of the search, something happened to overturn everything we thought we knew for decades: my aunt decided to remember.

I might have said that she delivered a curve ball, but being Bajans, it would be more accurate to say that she bowled us a yorker.

Everything that we thought we knew was wrong – or was it? How or why could she suddenly remember, and why did she give us two very different names?

A full name was more than we could ever have hoped for up until this point… but could we trust it?

2 Comments Inheritance: The Search For My Mother’s Father – Part 2

The Best Spam Comments On My Blogs This Week