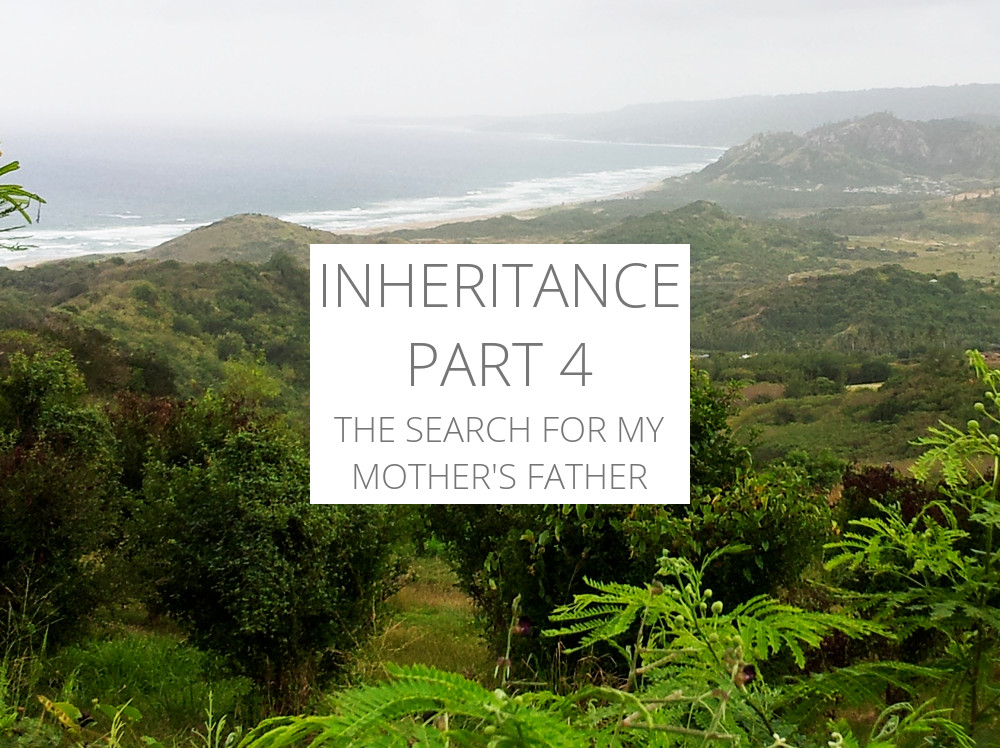 In part 4 of Inheritance, my mother takes a DNA test which leads to the discovery of an entirely new set of relatives. But will she be able to pinpoint the identity of her missing father?

A DNA test changes things. It inserts a surgical instrument into the flesh and blood of family and creates cuts and sutures at the same time.

It gives you answers… but sometimes answers only lead to more questions.

After years of half-hearted searching, false information and leads, my mother decided to take a DNA test. She asked me whether I thought she should do it; of course, she had already decided in her heart, but I agreed that it was a good idea.

After all, there was no point in ignoring the only option that could give her some kind of answer to her lifetime of questions, and even if it didn’t give a definitive answer, something was better than nothing.

The DNA test process was simple and relatively cheap, and consisted of filling a plastic vial with saliva and sending it back to a lab… and then waiting for what seemed to be an eternity.

The results of the test were broken down along the lines of genetic ancestry and genetic matches to other curious test takers.

The first area, ancestry, was interesting but not immediately revelatory: it stated that my mother was of 54% European and 45% African descent (with an iffy 1% but-we’re-not-sure Pacific Islander in there as well).

Fifty-four percent? Fifty… four? That extra four seemed to come loose and clatter as if it was made of bells. Everything was simpler when you just divvied up your parents and grandparents fairly and gave them halves and quarters each. With such precision came a weighting towards the unknown that was ever so mildly jarring and less… familial.

Well, for me, at least. My mother loved it.

What I also found fascinating and very, very strange was the breakdown of genetic communities.

and 5% low-confidence results spread throughout the continent.

As for the Europeans:

and 7% low-confidence results spread throughout the continent.

But this relates to thousands of years into the past. The “genetic communities” results showed where her ancestors lived during the past few hundred years.

Of course, the African ancestry has been displaced to the Caribbean, but what I hadn’t counted on was the revelation that the recent European ancestry was now firmly rooted in the American South – namely, Tennessee and Virginia.

Of course, I’ve always known that my ancestors were slaves in the Caribbean – I even know the names of some of their owners. The knowledge that some of my ancestors during the same period were likely slave owners in the southern states – or at least, sympathisers – well, that’s just… weird is the only word that sits well.

Thanks to the magic of the internet and DNA testing, my mother has uncovered not only several new family connections on the Barbadian side who have migrated to other countries, but hundreds of new white American cousins going from Tennessee to California.

Thanks to economic migration, I am the only member of my immediate family (on both maternal and paternal sides) who isn’t an American citizen. As someone who once had American permanent residence and gave it up, quite content never to live there again, discovering actual genetic links to that country feels a bit bizarre.

For all of the new cousins uncovered, the question remains: who is the missing relative in common – my mother’s father?

Thanks to some detective work by these new American relatives, my mother now has a clue: a linking relation who died in 2010 in Florida. It’s not a certainty, but it seems that this person – whom I’ll refer to as CT – may have been the mystery man.

As precise and vague as things stand thanks to the DNA test, the only thing to do now is to see what else emerges as new relatives come up. My mother enjoys the process of finding and connecting with new family, so she’s in her element.

I’m content to never do a test myself; I think I prefer to construct my identity based on my own life, rather than on who went before me and what kind of people they may or may not have been.

2 Comments Inheritance: The Search For My Mother’s Father – Part 4