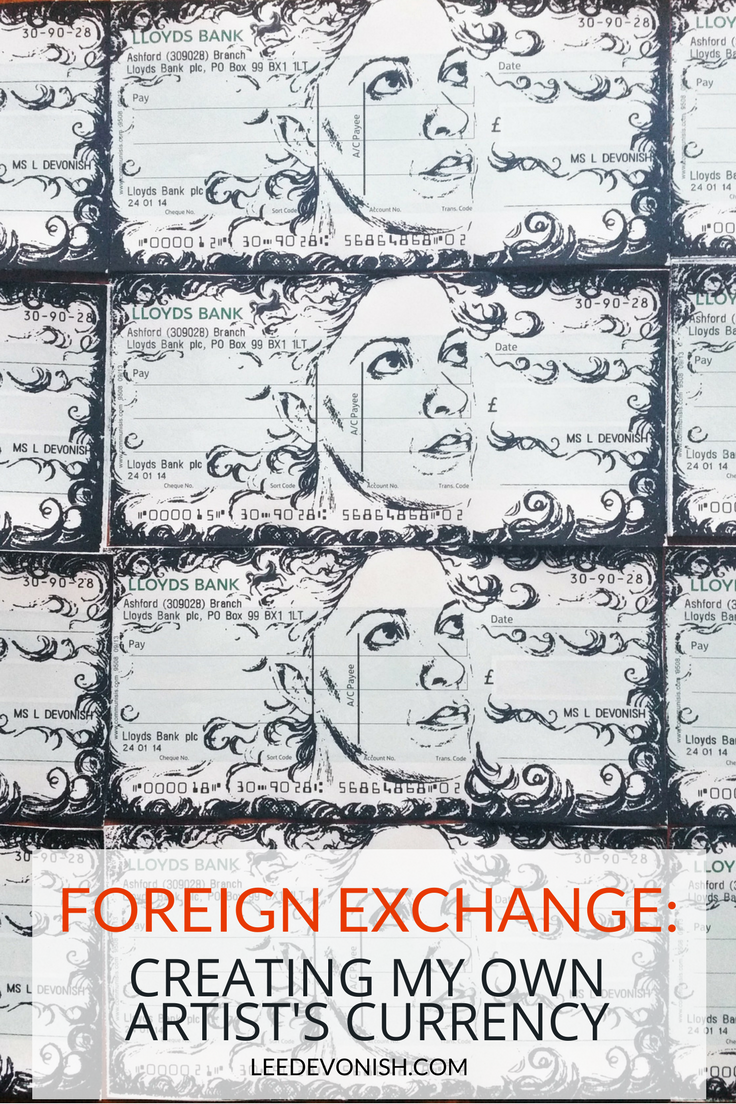 I’ve been working on (ok, thinking about) my currency project, Foreign Exchange, for a few years now.

Foreign Exchange refers to my experience of living between currencies. As a Barbadian, my country’s currency was tied to the US dollar at a rate of 2:1 – so there was always a sense of being half as valuable, or having to work twice as hard for the same result.

After moving to the UK, I experienced an even greater shift in value, with one Barbados dollar roughly equating to one third of one British pound at one point.

Creating my own currency is an act of resetting value.

I’ve naturally settled on an exchange rate of 2:1, resetting my own personal valuation along the lines of the system I grew up under. 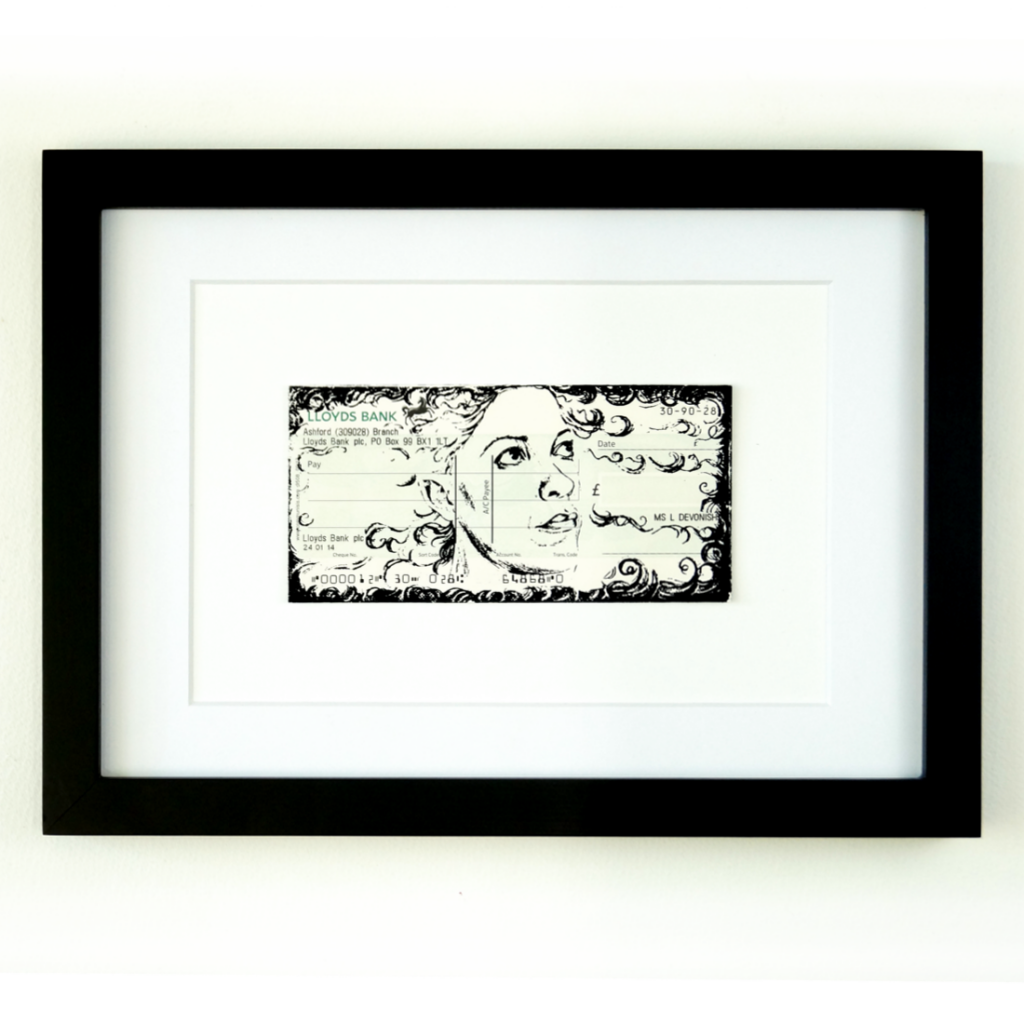 Every Barbados dollar was worth only half of one American dollar, and that bothered me when I thought about the labour it took to earn that single Bajan dollar. It wasn’t worth less than the equivalent, but the money was.

How the art currency project works:

Artwork created for the project takes the form of cheques, coins and notes.

Notes are created with specific denominations (in limited editions).

Cheques are an even more personal form of exchange, as they must be written out to one individual, and that individual is free to request the amount they want the cheque to be made out for. (The minimum amount that a cheque can be written for is £25.)

You can take your chances in paying them in to your bank… whether they will be honoured is a risk you would have to take, but then that would mean that the artwork and its value as an artwork above its base matter would be lost.

How to buy this artist’s currency

Visit my store to view all currency artworks.