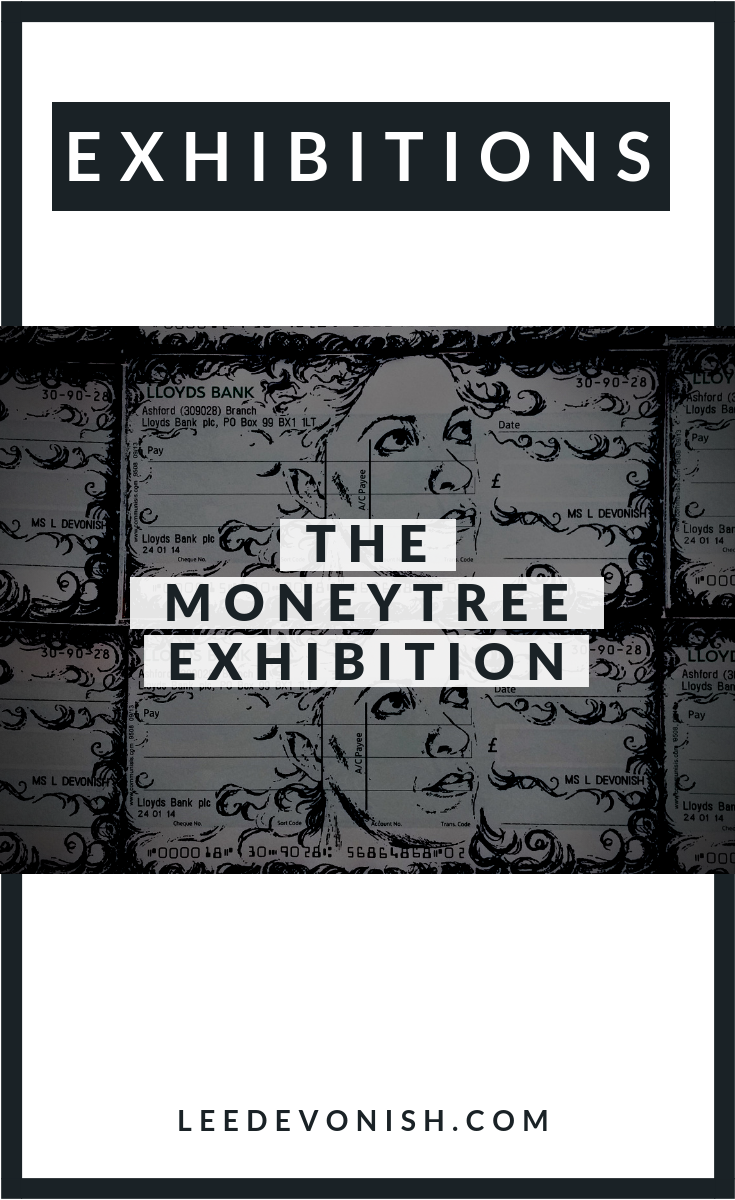 I’ve been so pleased to have been included in The Moneytree exhibition at Hamilton House Gallery in Bristol.

The exhibition was brought together by Lara Luna Bartley in collaboration with the CoResist Collective, and features artwork about the financial and banking system.

Lara was kind enough to share some pictures of the exhibition space. Other artists featured are Jane Lawson, Darren Cullen & Mary Millner.

Lara Luna Bartley was the teller at the ‘Bank of CoResist’, printing banknotes which audiences could ‘borrow’ at 0% on a very long term basis, provided they would become a member of the bank for a small fee.

This concept resonates strongly with me, as I consider my money works to be ‘lent’ on a (very) long term basis as well, with the option to exchange.

Mary Millner’s House of (Post)Cards featured postcards of the Shard and other centres of financial power balanced like a house of cards.

Jane Lawson’s 4 metre long digital print How We Got To Where We Are shows the timeline of the global financial system.

Darren Cullen’s Pocket Money Loan Posters are spot on… prompting that uneasy double-take. The state of dysfunction that we’re in when it comes to our use and abuse of credit means that we’re never quite sure what next, new low is possible.

The exhibition marks 10 years since the collapse of Lehman Brothers, and featured a discussion with economist Tony Greenham entitled “Money, Trust and the Art of Local Banking”.