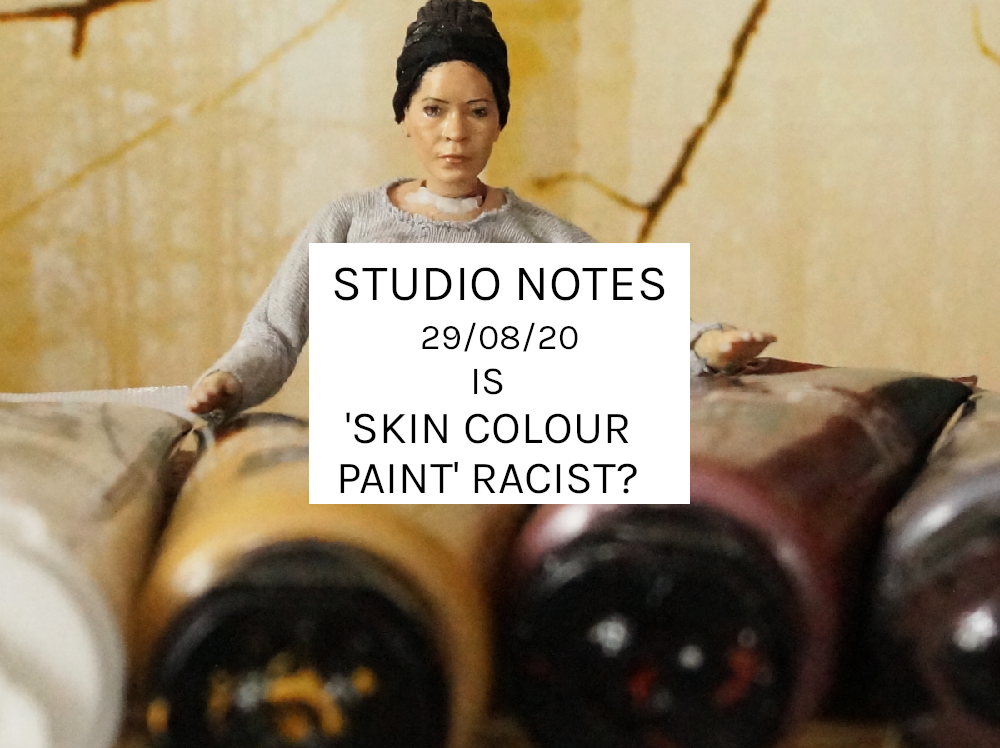 Studio Notes 29/08/20 - An art supply company has hit the headlines by challenging paint manufacturers to rename their 'flesh tone' paints, but is 'skin colour' paint racist?

An art supply company has hit the headlines by challenging paint manufacturers to rename their ‘flesh tone’ paints, but is ‘skin colour’ paint racist?

Erm… of course it is. It’s always been racist, come on! This is not a new thing, a political statement or a trend by any means. My skin colour crayons were bugging me back in the ’80s, and I wasn’t alone in noticing this. People have been talking about it for ages, but no-one’s really been listening. It’s only taken a summer of worldwide protest, riots and iconoclasm to make some big companies take notice of what they’ve been silently promoting for decades, because it makes for really bad PR to get caught out.

Taking a colour that represents one single ethnicity – always a pinkish peach to represent white people – and saying that this is what skin looks like is pushing normative whiteness. So if your skin looks like anything other than this, then you’re not the norm. 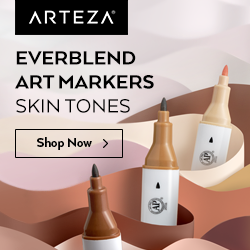 Jackson’s Art* has spoken out against this practice of colour naming and changed several items in their range, and called on the big manufacturers to do the same.

Search through Jackson’s store for ‘flesh colour’ and you’ll find hundreds of products*, mostly called flesh, sometimes with a qualifier like flesh ochre if they’re darker… but mostly pale pinks. The same goes for skin. Jackson’s have added (Caucasian) after the colour descriptions to address this, but the fact is that skin and flesh are overwhelmingly descriptors of pinker people.

One paint that stood out as refreshingly different was Derivan Matisse Structure in Skin Tone Deep*, which also comes in other colours.

Amazingly, in my role as a technician, I’ve been asked to buy ‘skin colour’ oil paint for a portraiture class. This winds me up in a number of ways: not only is it bad enough that this so-named colour exists in a catalogue and is being requested, but I believe you really can’t learn to paint portraits without mixing your own colours from the basics.

Yes, mixing enough of the same thing every single time might be a bit challenging, but are we really painting everyone the same colour every single time? I’ll make concessions for painting multiples or props, but I’m still a stickler for learning from scratch.

Of course, normative whiteness in the visual realm pops up in a lot more locations than just your art supplies store.

In fashion, you can buy nude shoes and clothing – it’s beigeish pink.

In health, you can finally buy dark skin-toned bandages*… but they’re still rare.

In hairdressing, you can’t walk into any old salon (in the UK) and expect to get your afro hair done, because most hairdressers aren’t fully trained. I’ve experienced this over and over again.

These are subtle ways that you find yourself pushed to the sidelines Beyond the subtle things, however, you can enrage yourself with a look at some outrightly racist colour product names that persist around the world. So, is ‘skin colour’ paint racist? You bet.