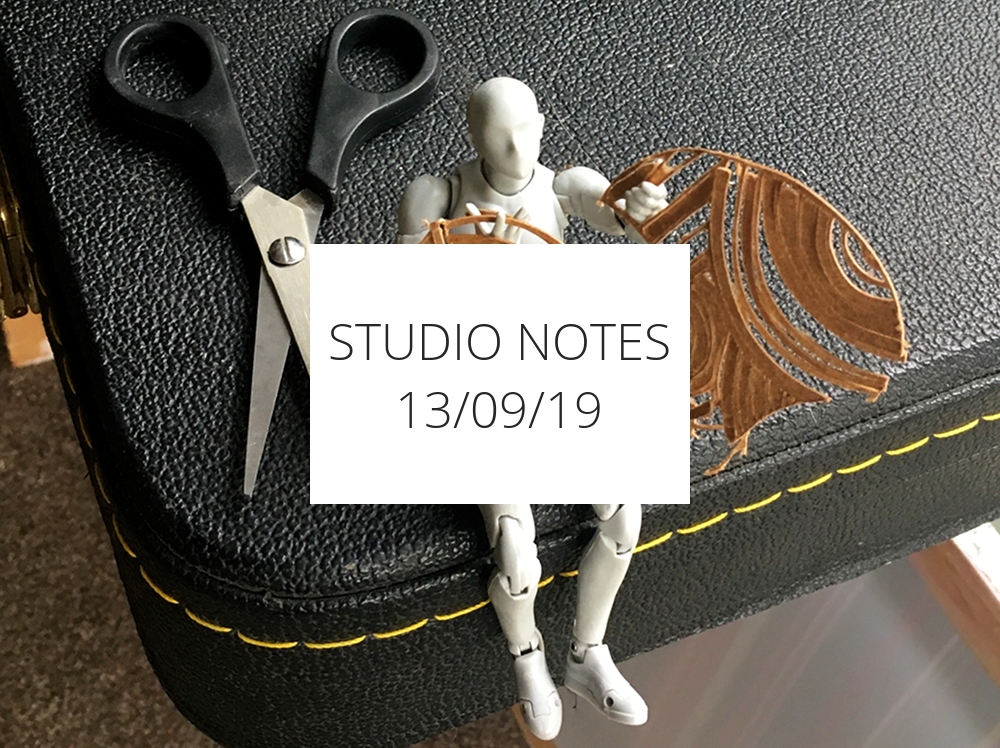 Studio Notes 13/09/19 - Thinking about routines, ruts, systems and series: when does a creative device devolve into a creativity crutch?

I’m not so sure what I’m doing.

My web hosting perils are behind me now, and I’ve been working on my main blog quite a lot – experimenting with different styles of posts to increase my affiliate income. I’ve also been experimenting with new images for pins for both of my brands, because they could all do with some help.

When does a routine become a rut?

One thing – call it a device or tool, if you like – that helps me write and publish constantly is creating a series.

I can’t seem to bring myself to create artwork in this way, although I know it would help me immensely; yet I can set myself up to write a regular series and the expectation of having to press “publish” on a certain day spurs me on. I do one fortnightly series on my other blog, as well as three monthly series. Straight away, that’s five posts per month, even if I can’t think of a single new stand-alone article to write.

I do the same kind of thing here with this weekly series… but I’m starting to wonder whether I should keep it going into next year. It helps me to reflect on my work and what I’ve done, but is it too much of a relic? Something trying to call up the memory of the golden age of blogging?

Maybe it’s worth it just for the sake of shouting down a well to get it all out.

I’ve got the same thing going on when it comes to the graphics – my pins have suffered from my unreasonable love for an entirely illegible font… as well as my reluctance to break continuity with what I did the week before.

Routines are comforting, aren’t they? Doing things in series is really effective for someone like me who loves commitment. I even create extra commitments for myself, I love it so much.

But still, there’s not a lot of point in ploughing a furrow for the sake of a lovely furrow collection, is there?

Like I said, I’m not entirely sure I know what I’m doing, but I think I’ll keep on doing it until the end. Of the year.

Oh, and I cut some complicated shapes for my coin that were far too complicated and fell apart as soon as I tried to take them off of the cutting mat. Yeah.

How A Failed Craft Business Made Me A Better Artist