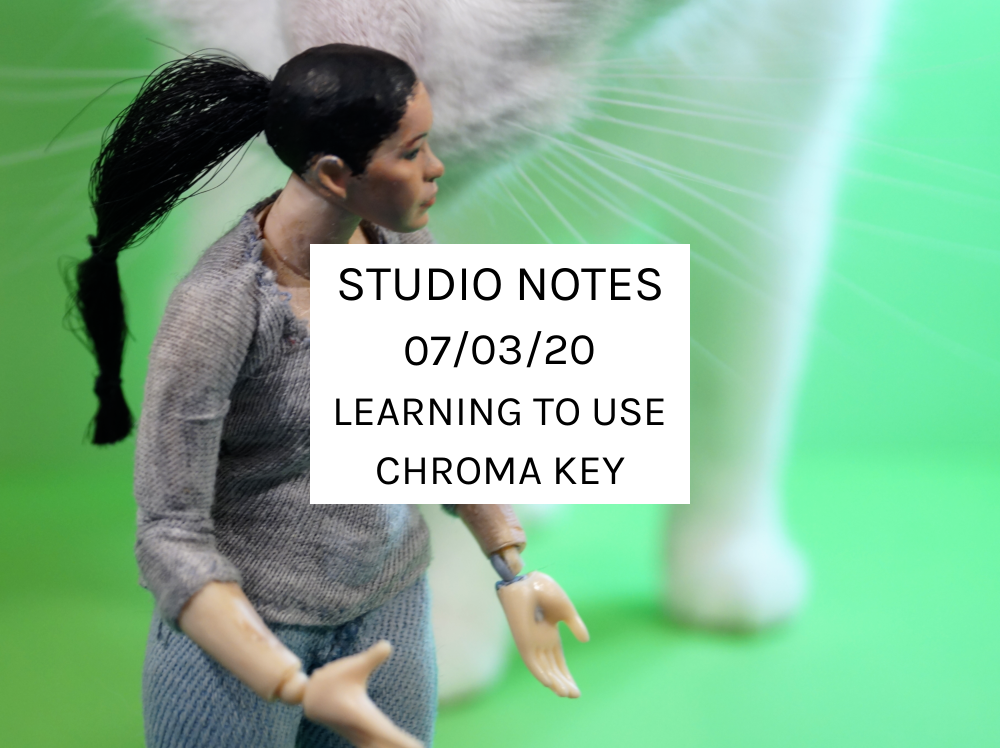 Why bother learning to use chroma key and filming with a green screen when I've already started building model furniture and a set? Choice, flexibility, and fun! Well, it's been a bit of fun, and a whole lot of frustration, if I'm being honest.

Why bother learning to use chroma key techniques and filming with a green screen when I’ve already started building model furniture and a set, I hear you say?

Choice, flexibility, and fun! Well, it’s been a bit of fun, and a whole lot of frustration, if I’m being honest.

Erm… not like I’ve achieved success just yet, but here’s what I’ve picked up from the interwebs.

So if I know all of this stuff, why oh why isn’t my animation miles better?

The software I used for cheap green screen animation

My plan was to use qStopmotion, mainly for its onionskinning capabilities. I bought a micro HDMI cable to use with my Sony DSLR and qStopmotion, but it just wouldn’t connect to my computer. A micro HDMI to USB cable connected, but only to transfer photos, wouldn’t allow remote shooting.

It was so frustrating, to have waited for ages since my first stop motion attempts and then to run up against a major brick wall. I had to give in and shoot the pics with the DSLR but just guess where the limbs had been before. This, combined with the figure’s general loose-jointedness (a fitting representation of me I suppose) made it hard to control the wobble and made it jerkier than I wanted.

Again, I used Audacity for cleaning up some audio I recorded on my phone, but after last week’s learning curve that bit was easy.

Eventually I gave up on my first plan and bought a stop motion app for my iPhone – and guess what? It has onion skinning. So I could have done that months ago and been further ahead than I am now! Sigh.

In all I’ve actually made 4 or 5 short sequences, but I want to put them all together neatly before debuting them.

I spent so much time on this that this week’s portrait was a scribble. An animated scribble.