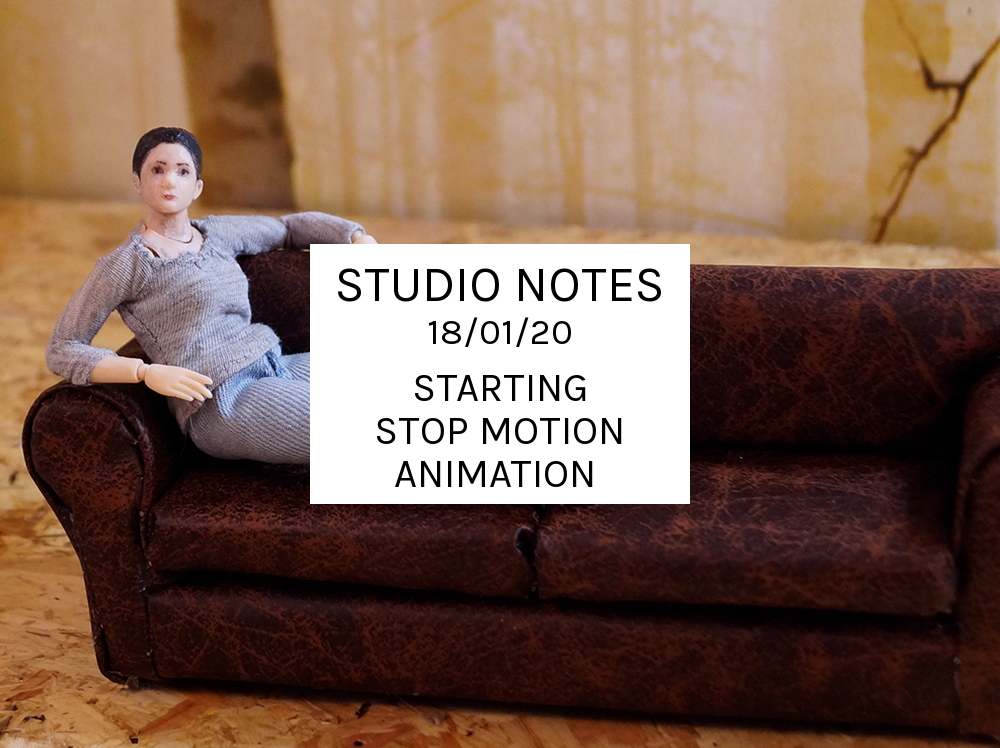 So many exciting things happened this week that I could have chosen from a long list of highlights to focus on. It was actually hard to narrow down what the best thing was about the week. as so many new things popped up into the mix! Still, the thing that stamped the biggest smile on my face was finally starting stop motion animation.

Here are some notable creative events this week:

But the highlight I’ve chosen is finally making the leap to test out stop motion animation using the basic Windows Photos app on my laptop.

It’s a blink-and-you’ll-miss-it 3 seconds, but it’s the proof of concept that I needed to produce to get me going.

The only new tech that I used for this was a remote shutter* that I bought in December, which lets me take a snap without jostling the camera at all.

The day after I made this, I downloaded qStopMotion, a free stop motion programme that has onion skinning, which should allow me to see a transparent layer of the previous frame and get a smoother motion in my next videos. Of course, I haven’t used it yet!

But back to the model furniture – the main reason I wanted to make model furniture was to make one specific piece: a replica of the chair on the cover of Joan Armatrading’s Me Myself I album cover. Well, I got to the point of painting it, and then thought I might as well whip up a desk or table as well. Then I remembered a bit of tempting foam packaging from the 3D printer that looked very good for making a sofa, and from there I was trapped.

So the replica chair is still unfinished, but the sofa is done, and the set for my next video is taking shape!

Portrait of the week #2 is a bit of a test of my ancient, rusty dip pens and a combination of ancient (probably 1950s) ink and walnut ink. I actually don’t have any black ink, and the dip pens were winding me up a bit, so the finishing off was done with a black fineliner.

I actually quite like this one, probably a lot to do with the inclusion of my dressing gown. For authenticity.