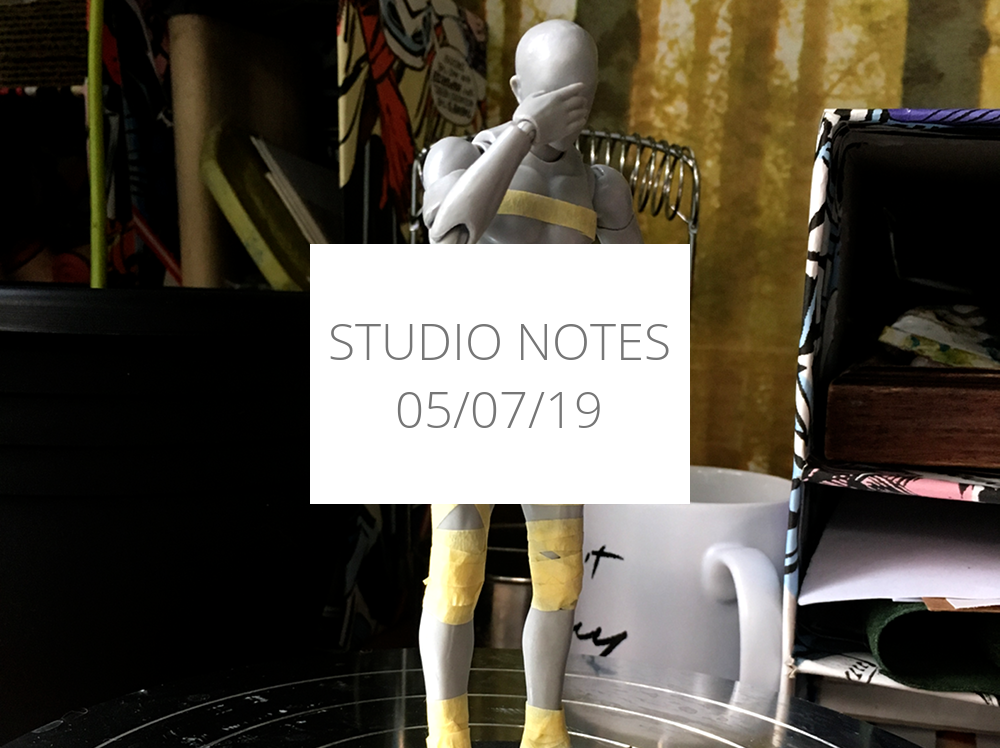 Studio Notes 05/07/19 - getting wrapped up in lots of casting projects, and pivoting between projects to make up for lost time when mistakes set me back.

I got that push to finish and publish my second journal, and do you know why? Because I made a massive mistake with casting my coin and had to do something with myself while I was waiting for more silicone to arrive.

It seems as though I’m mostly reporting on huge failures, doesn’t it? Well, that’s what it feels like to me sometimes!

Still, at least I have enough to get on with to fill in the gaps when things don’t go perfectly.

The simple answer is that the silicone I’ve been using has given me the option of being lazy, and faced with that option, I’ve grabbed at it with both hands like a desperate woman.

Why lazy? Well, you can cast a solid block and then cut it apart, unlike with plaster. Working that way around, what happened was that my pouring spout was too narrow to accommodate an adequate flow of silicone, so with an 8 minute pouring time, I ended up with a lot of silicone that had gone off before I could use it.

Fast forward a few days and another batch of silicone, and I made the mould the right way. Don’t be lazy, kids.

Prepping for a new casting project

I’m not just working on the coin, though. I’ve got a plan for my soap base in mind, and my poor plastic artist’s assistant is getting roped in as a model.

Right now I have to pull up the handbrake on work though, as the studio contents have spilled over (in some cases, literally) to the rest of the house and I have to scoop up all of the leftover silicone that’s been chipped up for recycling and clean off all of the wax I tipped over the cooker and the kitchen floor yesterday…

Will I get to cast the pewter next week? Maybe, but maybe I’ll work on prepping the rest of the things I want to cast at the same time. We’re looking at getting or making a casting flask for sand casting, so I may work on that instead.