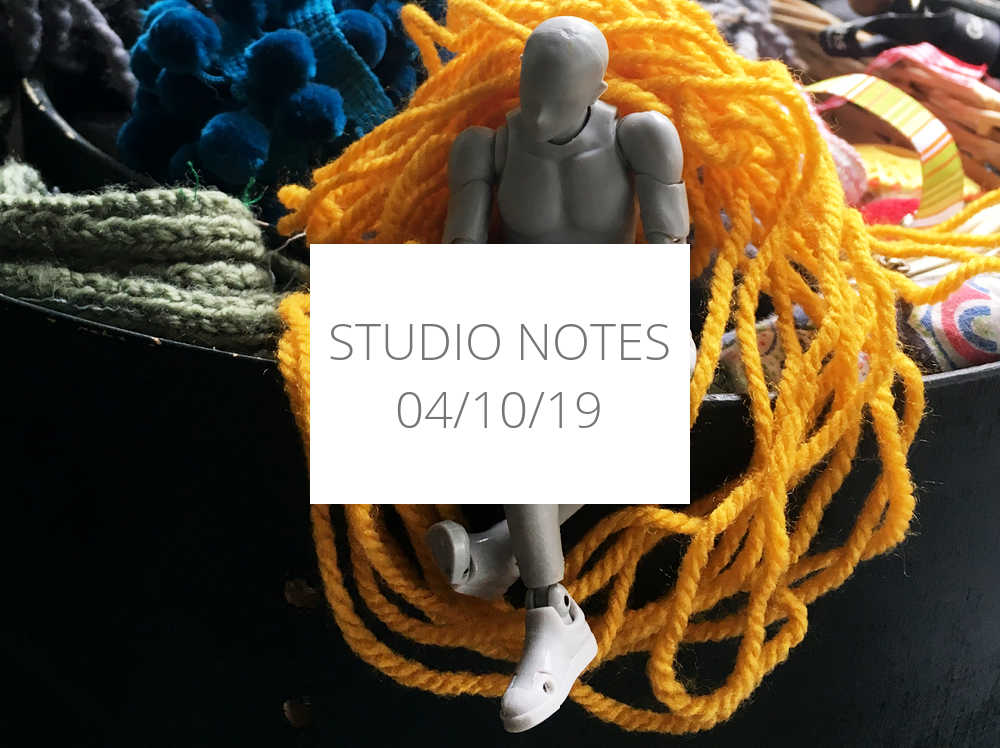 Studo Notes 04/10/19 - following a diagnosis of Joint Hypermobility Syndrome, I'm thinking about how it's affected my writing and my work recently.

Exactly two weeks ago, I went to the hospital and received a diagnosis. I wasn’t ready to talk about it then, but it seems like it’s time to have a go…

It’s very strange, coming to terms with an official name for an official problem. On one hand, it’s a relief to be able to pinpoint why exactly something is happening to you; on the other, it’s gutting to have “a condition”.

Don’t we all want to be just ourselves, without labels? Or at least without negative labels?

There’s also the fun of working out what to call it – it’s often referred to as hEDS: hypermobile Ehlers Danlos Syndrome, or Ehlers Danlos type 3. Having someone’s name in the mix makes anything sound more scary though, don’t you think?

Blogging about illness without being entirely defined by illness?

The odd thing about writing about this now is that this illness is what’s started this blogging series. Back in January I was recovering from surgery, and although I didn’t know it, it was connected to this condition. Since I couldn’t get around, I decided to write about my art practice every week instead, to push me to make more and do more, even if I was just going to be shouting down the well of the internet.

Six weeks later I was still not back to normal, and getting a bit fed up. I wrote here about disability, or less-ability, and about my experience of being temporarily disabled while I was pregnant.

I honestly didn’t know it was all connected.

Anyway, I think it’s worth taking some time to write a longer post about my experience with JHS, if only because I’ve been moved by others’ stories, and have really appreciated the opportunity to say, “me too!” and feel less of an oddbod.

Of course, as this is (at the moment) and entirely invisible illness, I have the privilege of not being condescended to by Society, which is a privilege you never know you treasure so much until it’s gone.

Has a diagnosis affected my work?

I’ve been less intent on stabbing my giant creepy felt ball into a skull shape, simply because I’m more aware of how my back and arms are feeling at the time, and most importantly, how they’re likely to feel afterwards.

Things might take longer, but on the upside, I won’t care as much as I did before. That’s actually a major plus.

How To Brand Yourself As An Artist