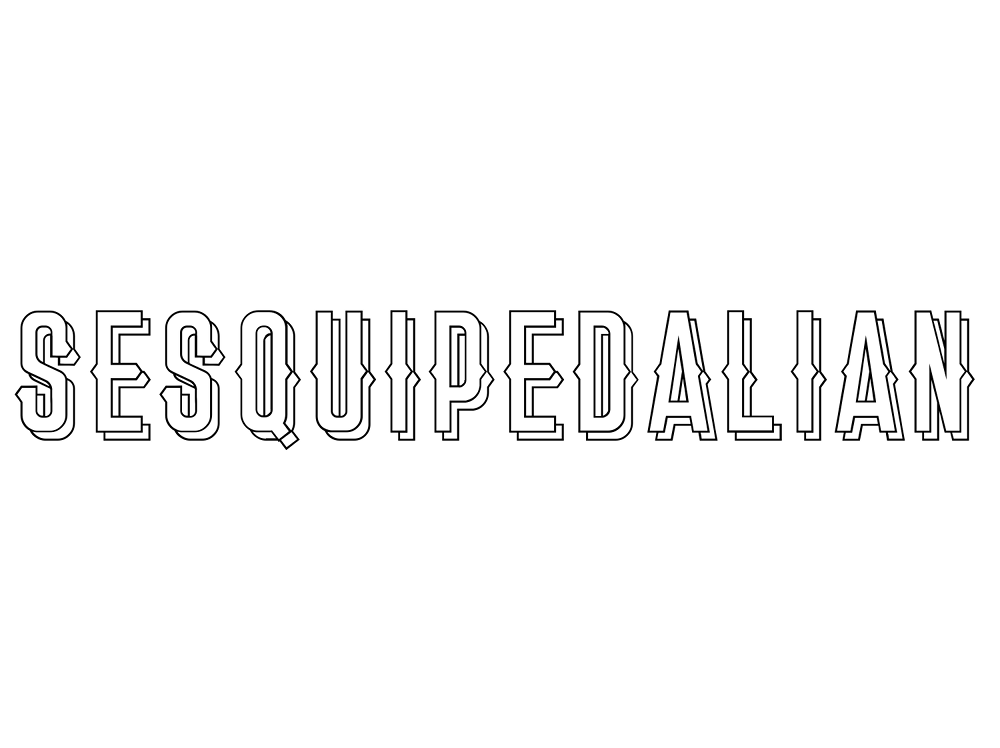 Sesquipedalian refers to a long word or to someone who uses long words, or is long-winded. In defense of polysyllabic words, let's be proud sesquipedalians.

adj. referring to a long word or to someone who uses long words/is long-winded.

Sesquipedalian comes from the Latin word sesquipedalis, which gives us “one and a half foot long”, and when used by the Roman writer Horace as sesquipedalia verba in Ars Poetica, meant words that were a foot and a half long.

That’s a pretty cool image – a long word might take up an inch or less on a page but sometimes it can feel as if it’s a foot (and then an extra half) long falling out of the mouth and clattering onto the ground. Or maybe a long stick that someone tries to use to batter an opponent: that’s how official, officious language is most often used in my experience. As a weapon.

Or maybe a long stick to keep someone at arm’s length?

In defense of long words

I’m not afraid of long words. At the same time, I don’t exactly love them for their length; what’s the point in a metric that means nothing apart from a syllable count? Still, I’ve been called out in the past for using “big” words, which is one way to get me to double down on the verbiage and bust out the polysyllablism.

Sometimes, it’s a criticism from people who feel insecure about not knowing a particular word, not that the word in question is particularly unusual or out of place. Sometimes sesquipedalianism is a clear indicator of an aeolist.

Short words have their place, as do long ones. Being able to hold several syllables in your head and put them out into the world in the right order, at the right time, is actually a pretty darned cool thing and nothing to be ashamed of.