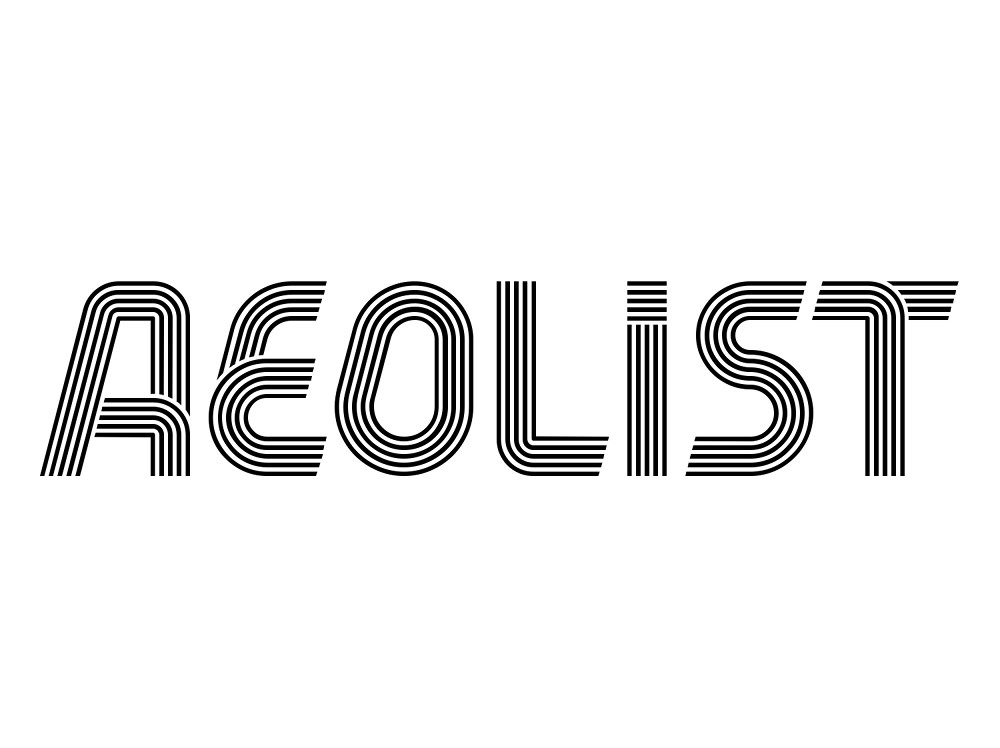 n. A pompous person who claims to have some kind of divine inspiration or spiritual insight. So, like, most purveyors of artspeak, I suppose.

Ok, I confess to my own occasional guilt when it comes to the artspeak. Sometimes you feel as though you have to, but sometimes it feels as though other people are looking at you as though you’re puffed up just because they don’t quite get what you’re on about.

I really like this word, and I loved this typeface from the moment I saw it – it’s my idea of being full of hot air, but in the most stylish, retro way possible.

Also, I like that just by pontificating on an obscure word like aeolist makes me a bit likely to qualify for the title.

Aeolian is a geological term that refers to the action of wind – so something arising due to the process of wind. The root word comes from Aeolus, the Greek god of the wind… so an aeolist purports to be full of spirit/inspiration, but is really a windbag.

The concept of air-for-brains is out there, knocking around lots of different phrases: being puffed up with pride, having an inflated ego, being an airhead, and two I’ve already used here – being full of hot air and a windbag. Maybe having your head in the clouds fits as well.

What I particularly like is the aeolist’s faux-religiosity, which makes his bubble-brainedness even more aggravating.