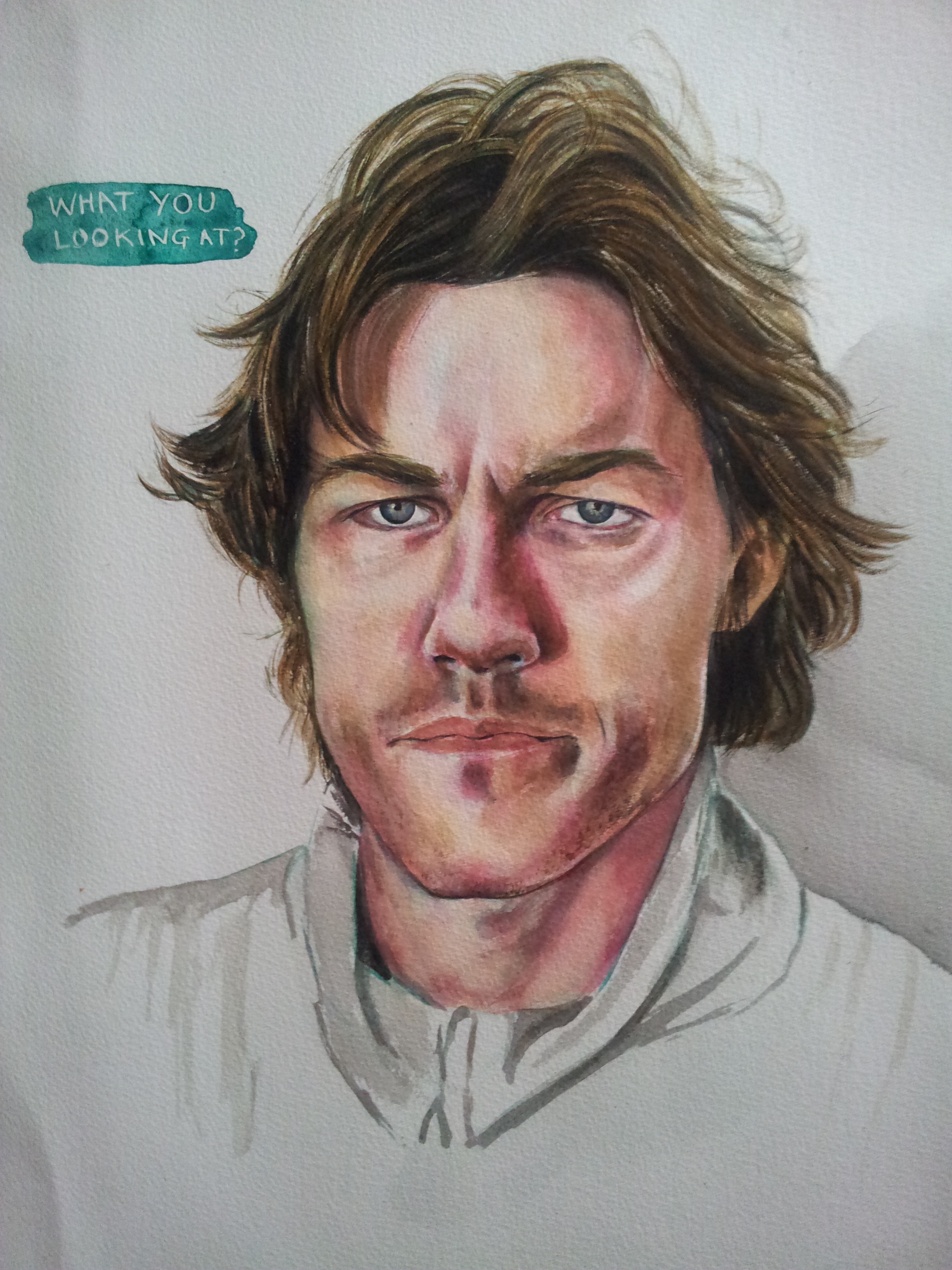 As its name suggests, this piece was the product of the aftermath of a fight. Not long married, my husband and I had – to put it mildly – a bit of an explosive disagreement, which fortunately was resolved before too long. It made a longer lasting mark on his already permanently scowling face, though, and somehow his hair had managed to whip itself up into a whirlwind – it seemed to be the outward expression of what was going on in his head.

It was so ridiculous that it broke the tension and made me laugh.

Of course, that didn’t go down very well, but neither did taking his picture and threatening to paint him. I did it anyway.

At the time, I was struggling to find time and space to make any new work, after moving to Lancashire and being newly married, so watercolour seemed to be the medium that worked best for my life at the time. I started to experiment with writing in paint, and this led to my handwriting prints, which led to this painting.

Why the speech bubble? I had to include it. The text element is more of an indication of my interest in graphic novels and the crossover between drawing and writing than an actual quotation, although the words were chosen carefully to reflect his character.

The words act as his portrait as much as the image does. It’s a part of our family now, so although it has been exhibited, I’ll never sell it. I’ve made this piece available as a postcard print on Zazzle.