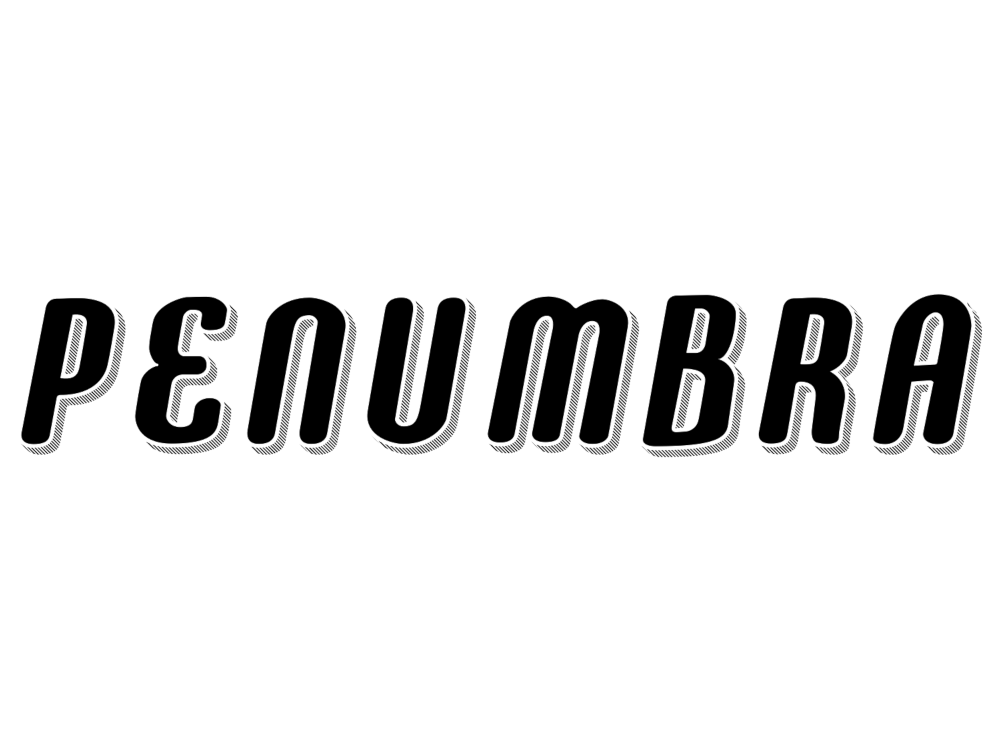 It's the insinuation of encroaching envelopment that gives the penumbra its sense of dread, in the grey area between one choice and another, where a step in one direction may lead us away from where we want to be.

n. 1. the partially shaded area between full shadow and full light, as in an eclipse; 2. gloom or uncertainty, whether literal or figurative.

Another week, another astronomical term rising to the fore. It’s striking to me just how much our language has been influenced by the stars in ways that we’ve largely forgotten.

Like apogee, the word penumbra seems to have been adopted as a favourite business name: something about their vague familiarity combined with lack of regular use, and the celestial notions each one carries. What I don’t really understand is whether the business owners were unaware of, or cynically embracing, the sinister tones embedded in penumbra.

Light and dark, and their constant battle, are recurring tropes throughout humanity’s history; whether it’s literal, psychological or spiritual, we can all recall and understand symbols, myths and stories that use the light and the dark side.

Unlike the full shadow, however, it’s the insinuation of encroaching envelopment that gives the penumbra its sense of dread.

We talk about the grey area between one choice and another, where decisions aren’t clear-cut and the way ahead isn’t clear – where a step in one direction may lead us away from where we want to be. Isn’t that more terrifying than the full shadow?

The origins of the word are pretty straightforward, with the pen part coming from the Latin for almost, in the way that we also get penultimate and peninsula. Likewise, umbra, (in itself a related astronomical term referring to the full shadow of an eclipse, of course) gives us words like umbrella and umbrage.

Although nowadays, taking umbrage has come to mean taking offense instead of directly relating to shade, I like to remember phrases like “throwing shade” to connect the words to the delivery as well as the taking of offense.

And if I may throw out a more tenuous link on the basis of phonology, it makes me think of schadenfreude.