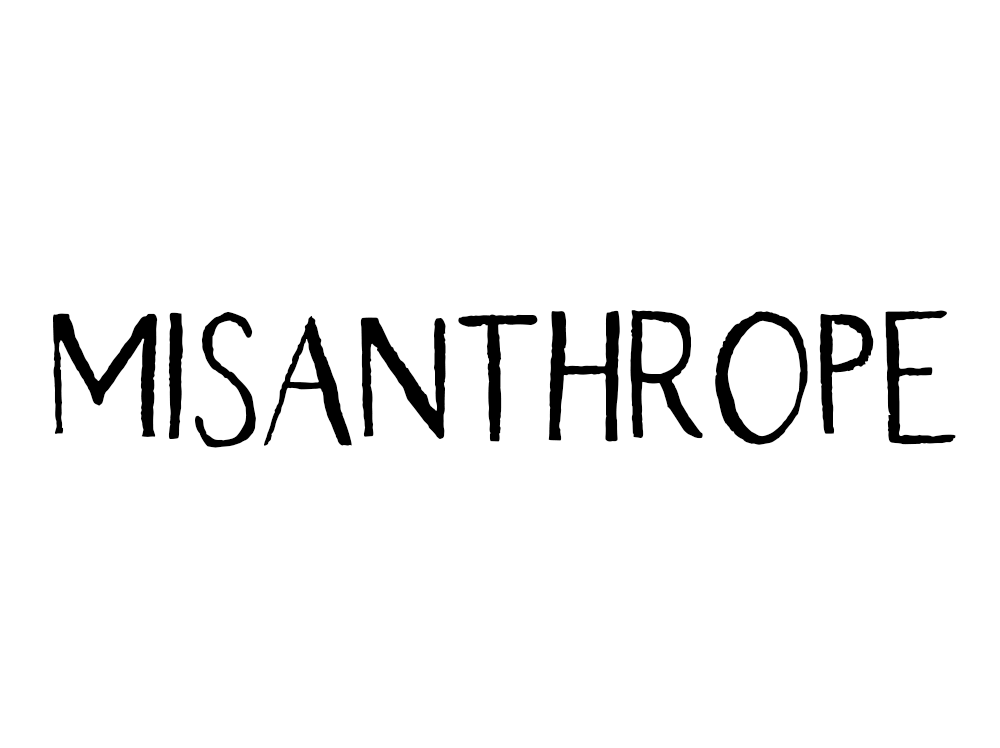 Are you a misanthrope or just an occasional miseryguts? While the world's in a mess, let's drag ourselves out of our misanthropic sludge with philanthropy.

n. someone who hates mankind; a person who shuns human society.

When I was a teenager, I was incredibly naïve and fantastically idealistic. That’s a dangerous combination, and it lingered well into my twenties. Even later, I would always tend to assume the best of people until proven wrong.

Jump forward a few decades to the present and I think that experience has wiped out much of those traits, although I wouldn’t want to say they’re gone entirely. Whether it’s a heightened level of awareness on my part or a hike in the world’s level of crazy, it’s become harder for me to ignore the darker side of humanity.

In third form, our history class addressed Nazism and the Second World War. On Martin Luther King day we sat in the school hall and watched black and white footage of people just like us being blasted by water cannons, just as we did every year. On the news, apartheid was just coming to its end. It wasn’t easy to reconcile all of the horrors out there in the world to daily life, but living on a small island with one tv station, it was easier to switch off and tune out.

Now, living on a not-so-small island with rolling news virtually piped into one’s eyeballs, switching off takes a calculated effort.

It’s easy to walk around with a cloud over your head these days. When a large-scale crisis looms over us and it seems as though people in general have decided to take the opportunity to give in to hysteria and flex every kind of anti-social behaviour in their arsenal – from hoarding food and supplies to weaponised coughing – then you might well feel justified on giving up on humanity.

Misanthrope comes from the Greek misein (to hate) and anthropos (mankind), and it has become somewhat entwined with Molière’s 1666 play The Misanthrope. You can see the prefix and structure in misogyny (hatred of women), misandry (hatred of men) and its famous antonym, philanthropist.

While you might wonder whether misanthrope shares its etymology with misery – both seeming equally dour – they don’t, at least not directly. Misery, miser and related words derive from the Latin miser (wretched), but miser and misein seem to come from the same Proto-Indo-European root word, so are cousins rather than siblings.

I’m not happy to let myself slip straight into a misanthropic slurry. There are still lots of good reasons to care about humankind and do our best, and it’s not hard to see that things are rarely as straightforward as people being good or bad.

Good people can sometimes do bad things, and clever people regularly do stupid things. In general, we’re not as clever as we think we are, and when in panic mode, we often do things we wouldn’t dream of. So while your conspiracy theorist friend might make you roll your eyes with their latest social media post, remember that you may have induced your fair share of facepalms in your time, or may be about to.

Philanthropists are usually characterised as wealthy individuals who donate financial assets for the benefit of humanity, but money isn’t the only asset we can share with others, even from afar. There’s still plenty of good news to be found about people helping others, donating time, care and attention.

Spirituality is what rescues us from ourselves and helps us to rescue others. Kindness is a by-product of that. So try not to be a miser with your gifts: tune out from the bad and the base, and connect to our higher nature. Works for me.