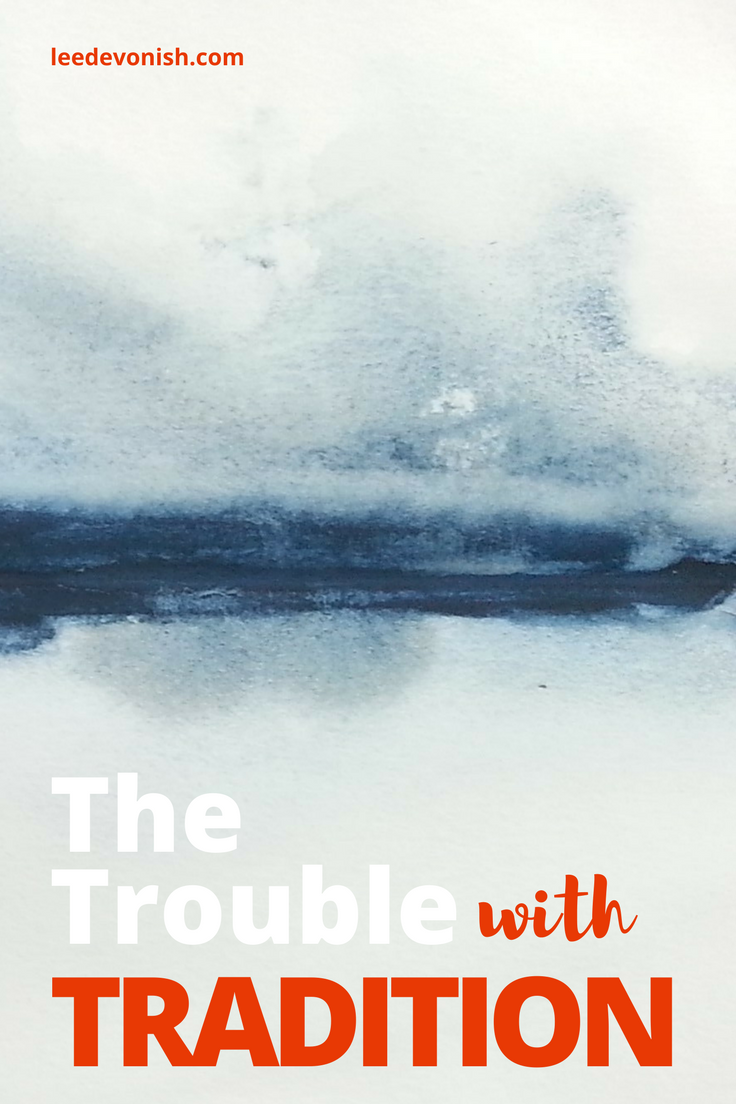 The trouble with tradition… as I see it.

People  work well with established routes towards fixed outcomes because they’re efficient and they make us feel safe. Clichés, stereotypes, tropes, archetypes, whatever – the repetition of a recipe is attractive because we know what we’re likely to get before we start, and we don’t like to fail.

There are many benefits to be had from learning the rules and why they’re there; in fact, I’m a firm believer in knowing the ins and outs of your craft in order to be able to know the best way to break the rules to get the results you want.

I speak and write Bajan whenever I like, with the firm knowledge that my spoken and written English is very good. I paint in a very traditional way because I enjoy the process and the meticulous frame of mind it puts me in. I know the rules and when to ignore or incorporate them.

My problem with traditions comes when they restrict thought, and even worse, rip you off.

Tradition is just marketing in disguise.

Most of us make purchases blindly, because of the way it makes us feel. It’s not just the rush of having new stuff, it’s the sense of becoming a part of a tribe or a family – the sense of belonging.
When you’re a visual artist, you tend to cultivate your sense of belonging through your chosen medium, but beyond that, you place yourself at the end of the long line of artists, some of whom have become cultural titans.
Some of these names are trotted out to sell everything from chocolates to cars. The cultural capital wielded by the names of long-dead famous artists is immense, and if you want to think of yourself as using the same material as them, therefore being like them – belonging with them – then you’ll surely pay a premium for it.

Really, tradition for tradition’s sake is a huge money-waster.

For example, you can buy a party dress for a few pounds, but a wedding dress will set you back an awful lot, despite the fact that any dress you wear to your wedding is a wedding dress.

You can buy materials from a hardware store and knock up a “masterpiece” (another term redolent of unhelpful tradition, but that’s another story), but you can get fleeced in an art supply store and come away with little more than a sense of belonging in the club. That’s not to say that there aren’t many specialised artists’ materials that are worth their price, but too often there’s more than a hefty premium for the right branding.

How many products can you think of that have nothing to do with art, but bear the name of a famous artist? How often have you seen the Italian Renaissance referenced in aid of entirely inappropriate clobber, or French impressionists plastered across incongruous tat? Start in the museum or gallery shop, and end in the second hand car dealership.

The trouble with tradition is the appropriation of cultural highlights for commercial gain.

I found a masterpiece in the loo at work, for example. Duchamp was not the artist being referenced. Traditions are like a cozy duvet, but most of us who are able aim to get out of bed at some point during the day.

Tradition for its own sake is ancestor worship.

Personally, I don’t understand the appeal of doing things you don’t like and being with people you don’t like in places you don’t like because it’s traditional – that’s just doing things to keep dead people happy. Really, being overly dependent on received methods of working, thinking and acting is a sure way to be restricted, unhappy and broke.

I enjoy art and writing that understands its place in history, its influences and its roots. This doesn’t mean it has to be a pastiche; on the contrary, knowing where you’re starting from can help you to define where you want to land.

Says she who makes oil paintings.