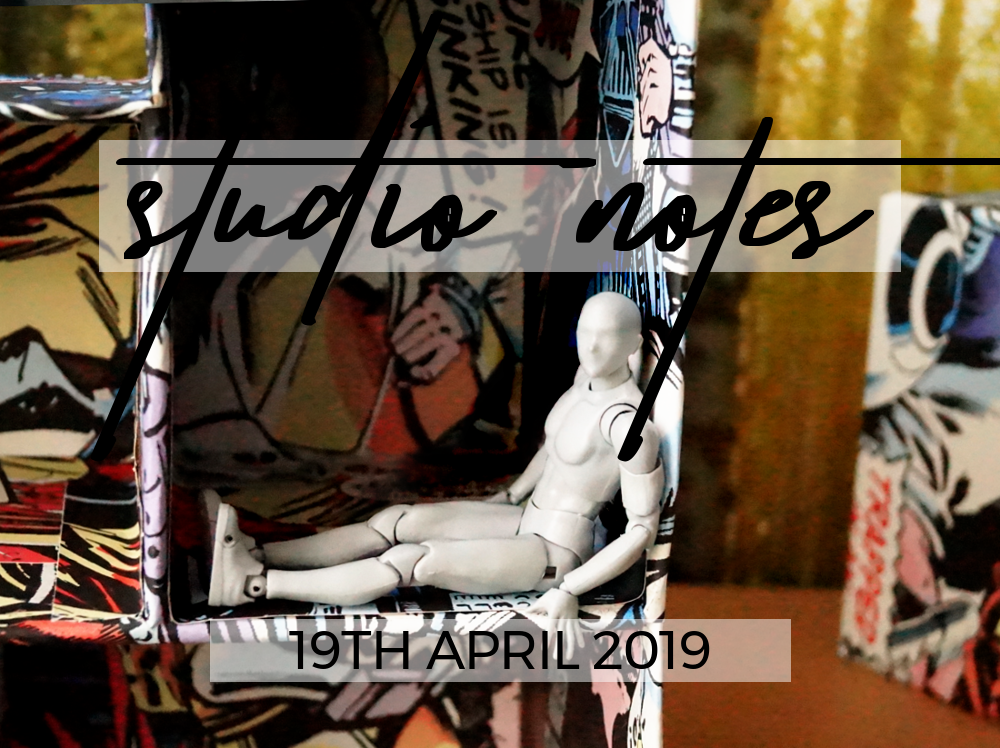 Spring seems to be here (properly) and that means spring cleaning is here. Properly.

There was an attempt to tidy up the studio after the winter, and it did work, but since then a lot’s been made and messed around, and we’ve been working out how to store all of my supplies after the latest furniture reshuffle.

The studio needs blinds, and I’m really struggling to find somewhere to hang my big sheets of paper, so it looks like housekeeping is going to feature fairly heavily in the next few updates.

The trouble with internet advice

One thing that made my blood boil slightly this week was coming across an absolutely dreadful bit of advice on an influencer management website.
(If you’re wondering what I was doing there, I got an invitation to sign up so I thought I’d mooch around a bit and see what their site was like.)

The offending article was about why bloggers don’t need to bother with SEO. The premise was that bloggers’ audiences follow them for their personalities, and that their traffic will come entirely from loyal subscribers and social media shares.

So let’s think about what happens if you’re a writer or an artist who has little to no presence online and wants to start building an audience of loyal subscribers. If you follow this advice, you’ll have to pound the social media pavement hard, and that’s actually more laborious than figuring out the basics of SEO.

Anyway, I have a lot more ranting to do about this, but that’ll come later.

I can cross one recycling project off my list now – I put together some storage boxes from cardboard that was going to be thrown out.

You can see the whole thing here with the finished boxes.

Now I need to work out where they’re going to live and what’s going to live in them, which isn’t that simple when you ‘ve got as much stuff to stash as I do!