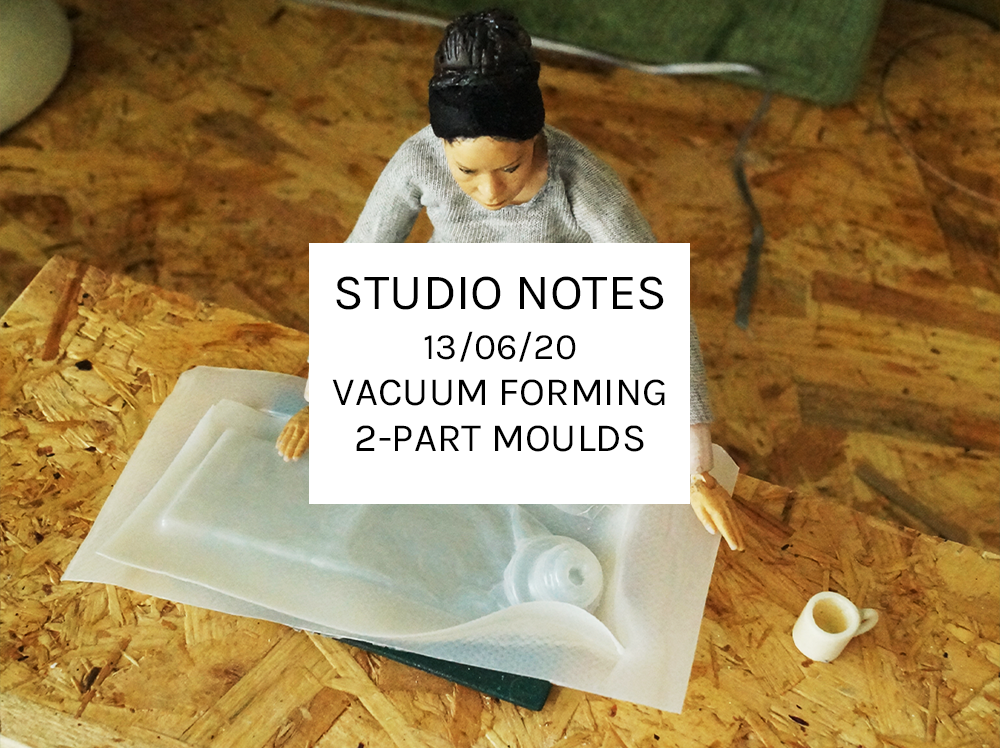 Studio Notes 13/06/20 - I've been working on vacuum forming 2-part moulds to try out casting with expanding foam and other materials.

Because most of my sculpture is designed in the round, this week it was time to try vacuum forming 2-part moulds with my tiny, ugly vacuum former.

All of the practise has paid off though, and I’ve been able to get decent moulds from a variety of objects that I’ve been thinking of casting for a long time. When it comes to moulding HDPE I’ve skipped the lamp and used the heat gun hand-held, which is what I wanted to avoid but what has worked the best.

So my only objective this week was to make a two-part mould that would be both cheap and food-safe. Not that I want to cast food items, but I want the option, and I need to find some use for this thing I rushed to make. I also thought it would be good to test whether expanding foam could be easily cast in one of these plastic moulds.

I ended up making casts of both my 3D-printed coin and of a trio of dried-up paint tubes. The paint tubes are part of a bunch I’ve been saving for some found-item artworks I’ve been planning for years… I really need to start finishing my ideas, don’t I?

After the paint tubes were successfully replicated on one side, I wondered if I couldn’t make a full cast of a tube to either use in pewter casting or for making a lost-foam positive for aluminium casting. Well, I managed to burn through an entire can of expanding foam and make an impressive mess, but apart from that I cannot yet attest to my achievements, as the stuff’s still curing right now.

So what have I learned from it? Yes, I can use HDPE to cast expanding foam and actually get it off, but it takes longer to cure than I expected. Apart from that, it’s not that all hard to make some quick and cheap 2-part vacuum formed moulds, so watch this space.