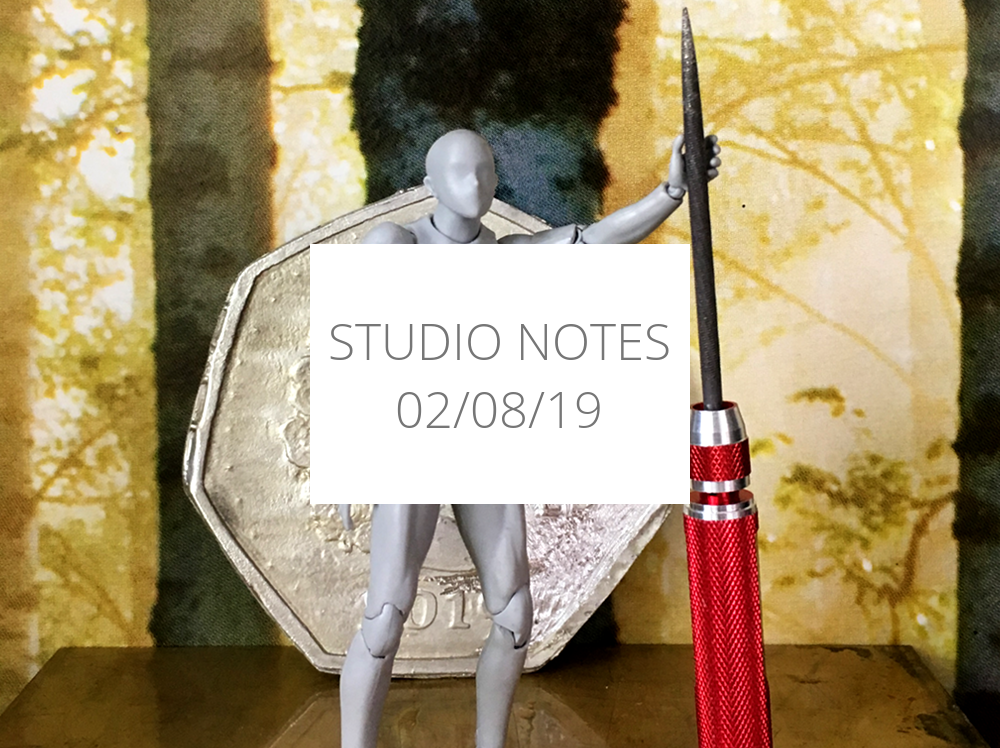 The rasps I bought back in May have finally seen the light of day, but after a lot of activity at the start of the week I’ve had to give it a break to get on with some other vital jobs.

One absolutely vital job was going to MCM ComicCon in Manchester! Of course since then I’ve been thinking about turning the intersection of cosplay and “playing mas” into a PhD. Never gonna get around to that but if you know of anyone that has, I’d read that thesis.

I got another great independently published comic though.

The videos that changed my art practice

This week we heard about the untimely death of Grant Thompson, founder of the King Of Random YouTube channel.

I couldn’t help but remark at the impact one person could have on so many thousands – if not millions – including people like me. It was my son who watched his videos years ago and got my husband on board with the idea of building a bucket furnace. Then they both badgered me until I watched the videos and signed up for it. Then we finally built the thing and I got hooked on melting metal.

Now I’m spending most of my creative energy on casting pewter instead of aluminium, and there are other great YouTubers that I’ve subscribed to since then, but I wouldn’t be doing any of it without first having seen Grant Thompson’s remarkable backyard adventures.