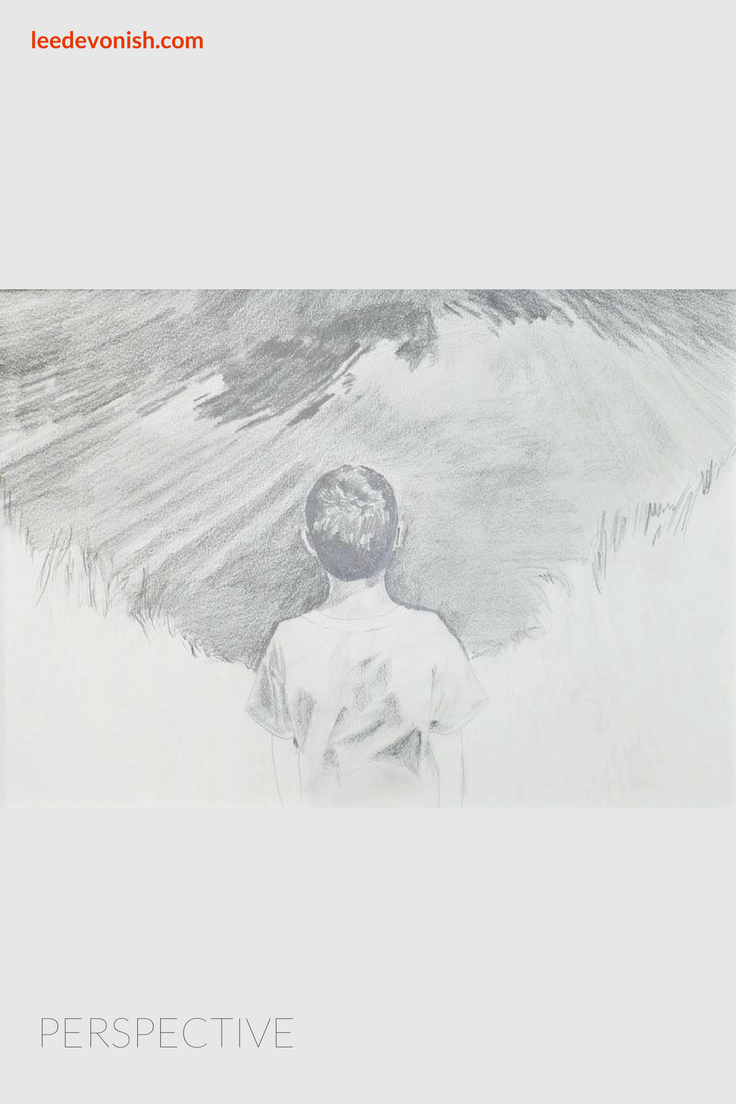 I’ve always been attached to my artworks – I don’t churn them out, and I feel a strong sense of reluctance when it comes to selling them. There are a few that I’ll never sell though, and Perspective is one of them.

Children grow and change so quickly, and capturing them on a smartphone screen is understandably something that parents today can’t resist. (If you don’t have a baby bore on one of your social media feeds, then it’ll be you.)

None of our images are fixed, but their images are more precious because of being in such rapid transition. Speaking of rapid, it’s incredibly hard to draw children (or at least a child like mine) from life, as they’re constantly in motion and cannot sit still if they’re told to.

Still, drawing your child is a strange and enlightening experience. You’re able to employ and enjoy your love for them in an entirely new way.

On this day we took the bus to Arnold Arboretum alone. It was a good day for it – sunny and warm. When I think about it now, there aren’t many details, which is a bit sad; me, looking at horticultural labels and picking out postcards for souvenirs, and my little boy constantly racing ahead of me.

We reached a pond and stopped, and I snapped a picture of him looking out over the water. The photograph itself was nice enough, but I don’t know exactly what it was that made it stand out so much in my mind. There’s the combination of dread whenever water and children come together, along with the way the water and the rippling patterns on its surface captured us both. It was a beautiful scene, but the idea of this young life spread out before us like the surface of the water (with so much unseen going on underneath) must have stuck with me.

I remembered us experiencing this and wondered about his perspective on the world.

The drawing itself is simple and sparse, with a lot left out, but that leaves the focus on the little boy and the setting before him, which may or may not even be water if you look at it for long enough.

This is one that I won’t ever sell. This memory feels as though it was yesterday, but looking at my child today, the boy in the drawing seems so small… at least I’ve caught that day for myself.

This drawing is available as a print from my Zazzle store.