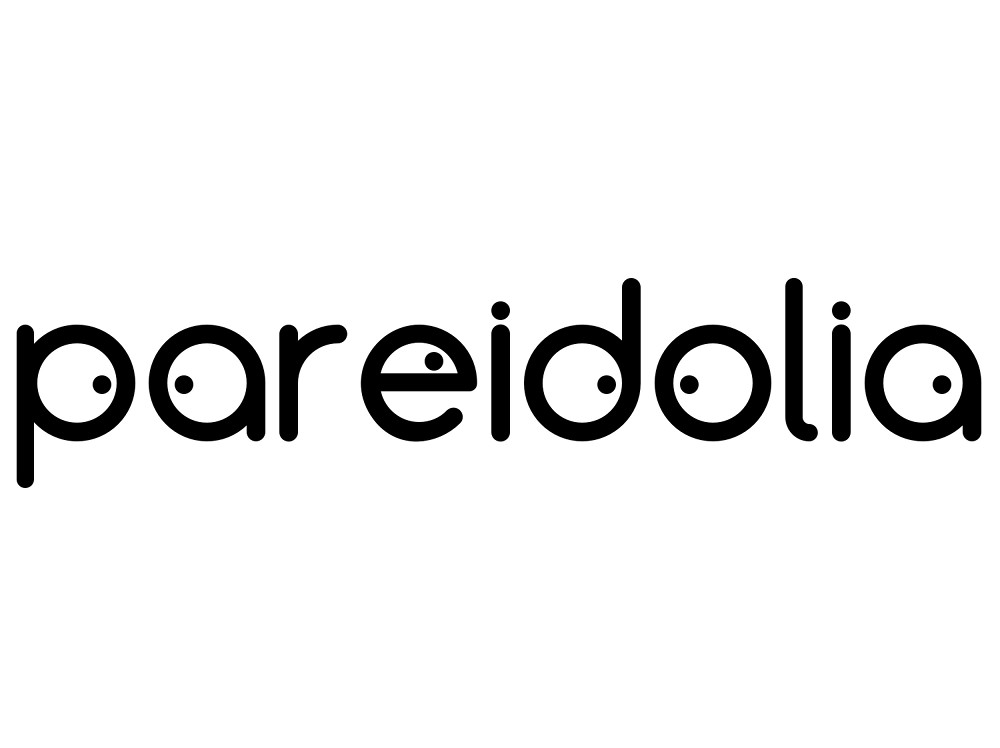 Pareidolia is the common phenomenon of recognising patterns or objects, most usually faces, in random images or situations. Can you spot the faces?

n. the phenomenon of recognising patterns or objects, most usually faces, in random images or situations.

Pareidolia comes from the Greek words para and eidolon, which give us “beyond the image”. When you see a face in your coffee foam, you’re seeing beyond the image that’s actually there.

And yes, eidolon is the source of the English word idol. Makes sense, right?

Pareidolia is a word I’ve been wanting to illustrate for a while, but just haven’t gotten around to as my initial ideas were a bit too tricky to realise quickly.

I couldn’t find a ready-made font to illustrate this, but the thing is, we’re hard-wired to see faces, and I reckoned I could invoke a few with just the addition of a few well-placed dots.

I realised I had to try this week after I made a set of screen prints last week with randomly mixed ink and there turned out to be one print in which some people could see an extra face. I didn’t see it at all at first!

I even saw an extra face in profile in a stencil I cut this week for my portrait of the week – totally accidental – can you see it too?

Have a look at this article about the apparent phenomenon of pareidolia in computers.