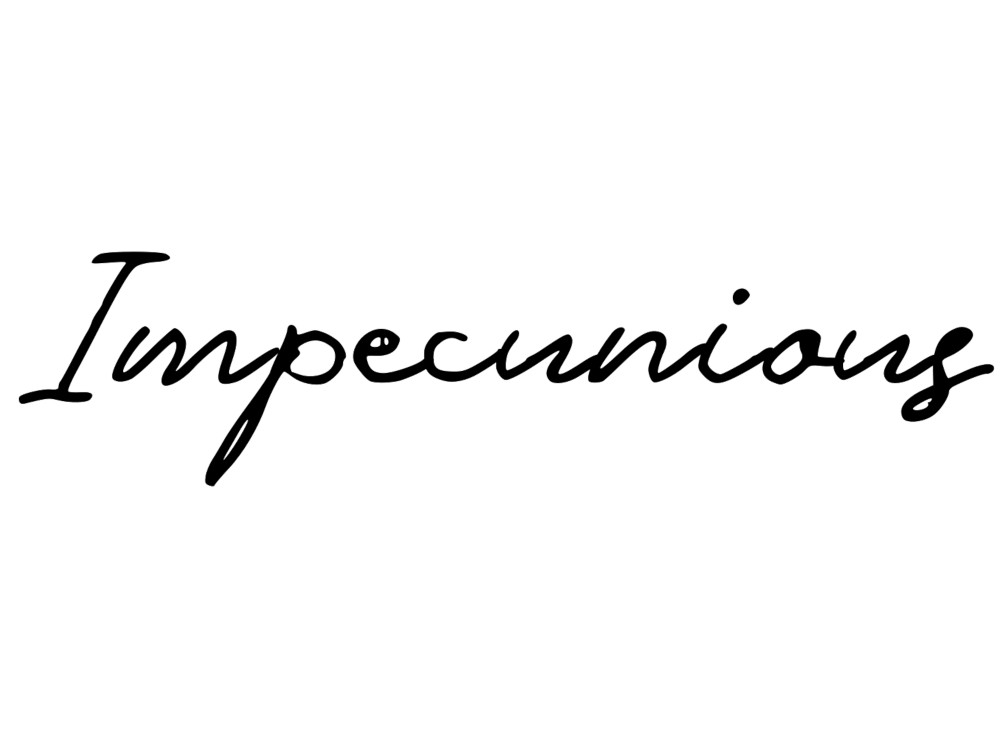 Impecunious is a gorgeous word that means skint but says it with style. Does it have anything more peculiar in its history?

I didn’t know that I’d end up here when I started to think about my word for this week. At the beginning there was pecuniary, which popped up when I was recording a podcast, and which I had to explain to an early reviewer.

As is only natural I was contemplating the peculiarity of pecuniary, and started to wonder whether the “pecu” in each came from the same etymological root. Turns out it does, and it’s stranger than you might expect!

From the Latin pecu we get cattle or flock, but how do you go from cattle to cash, or even to strangeness?

This blog post has a paragraph that sums it up succinctly, but cattle was equal to wealth (hear its echo in the phrase goods and chattel), a person’s private possession. So from cattle’s monetary value we get pecunia – money – and from the aspect of private or personal we get peculiar.

So if you remember that peculiar would have originally meant something that was one’s own, or specific to an individual, you can see its growth into uncommonness, thence into strangeness.

Why go from pecuniary to impecunious?

Etymology sorted, I just went straight towards what to me felt like the most naturally occurring use of the word – not because I’m skint myself, but because I suppose impecunious describes a person’s situation whereas pecuniary relates to the concept of money in general.

Also, I like the “imp”. Is that so bad to admit? This word feels like something that would turn up in a letter written by a pleading nineteenth-century workhouse inmate, alongside words like penury, parlous, pittance and pauper.

So if you ever need to borrow a tenner but want to gloss it up a bit, ask your mate if he would care to kindly alleviate your impecunious state.