Getting older is never easy.

I was reminded of the inevitability of aging as I was happily bussin’ a wine to Arrow singing “Long Time”… although to be specific, it wasn’t so much the wining that was my undoing as the jumping up and down to the bit where he goes “oh oh, long time!”

I went from “oh oh” to “aye aye” when I came down and nearly dislocated my left knee. I had to style it out as I didn’t want my sudden infirmity to become apparent to anyone else in the house and was reduced to chipping for the rest of the song. And it’s a surprisingly long song.

Ah, for the days when I could hop around for the entire length of Preacher’s Jump And Wave – but one cannot remain 14 forever. I told my mother and aunt about my mishap via WhatsApp but I didn’t get a single “cuddear” for my pains, just nuff lols. I suppose they’ve been through it themselves, and to be fair, I did choose a fairly ancient song to make me catspraddle so I suppose it was funny.

Now, for anyone who moves away from home, there is a lot of comfort to be had in the soca from their childhood or young adulthood. We don’t like to let go. Krosfyah was part of my 90’s but Arrow was part of my 80’s, and the 80’s made some soca classics that keep hotel bands going up to now. So I was taking it way back… but this nostalgic trip became too literal.

The word ‘nostalgia’ comes from the greek words ‘nostos’, meaning ‘return home’, and ‘algos’, meaning ‘pain’. Hence, ‘homesickness’. I think I had my share of pain for my mental trip back to my youth, so from now on I might have to stick to listening to Gabby singing “Emmerton”.

I always end up crying, but at least I won’t be limping too. 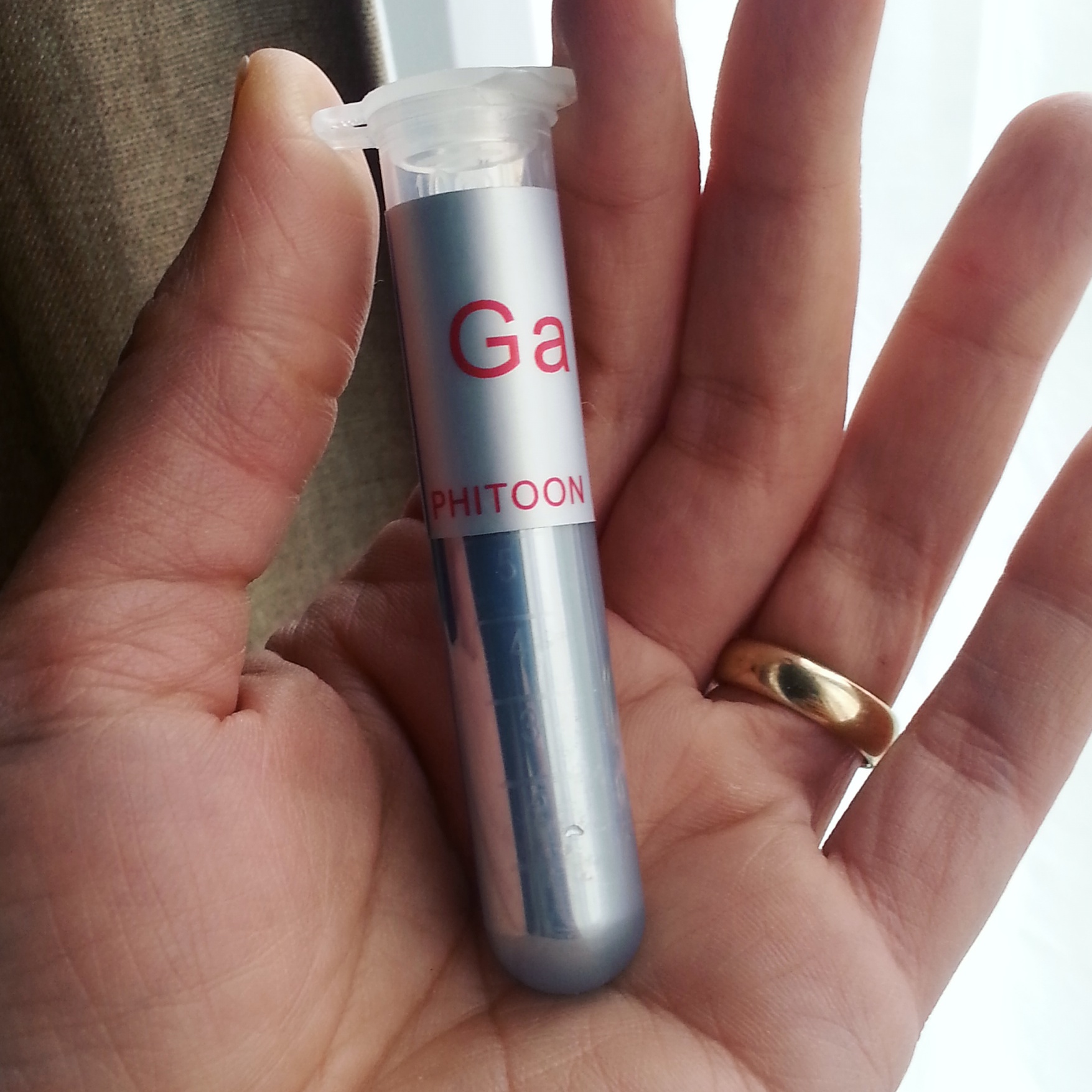 One of the amazing things about having a child is finding yourself wrapped up in their hobbies – interests that seem to come out of nowhere and sometimes fade away as quickly as they appear​, but give you a glimpse of the personalities they’re growing.

I love the fact that my son trawls YouTube for experiment videos and can spend ages on eBay and Amazon looking for elements and chemicals. Now I need to figure out what to make with the gallium he bought with his pocket money.

What is gallium used for in everyday life?

Why, playing Terminator, of course!

It was great fun playing around with it, and naturally it instantly made me think  of Robert Patrick as the T1000, but I couldn’t help wondering if this stuff was going to kill me. It stained a glazed plate and freaked me out when it left a grey residue on my palm, but I’ve been assured it’s quite safe. 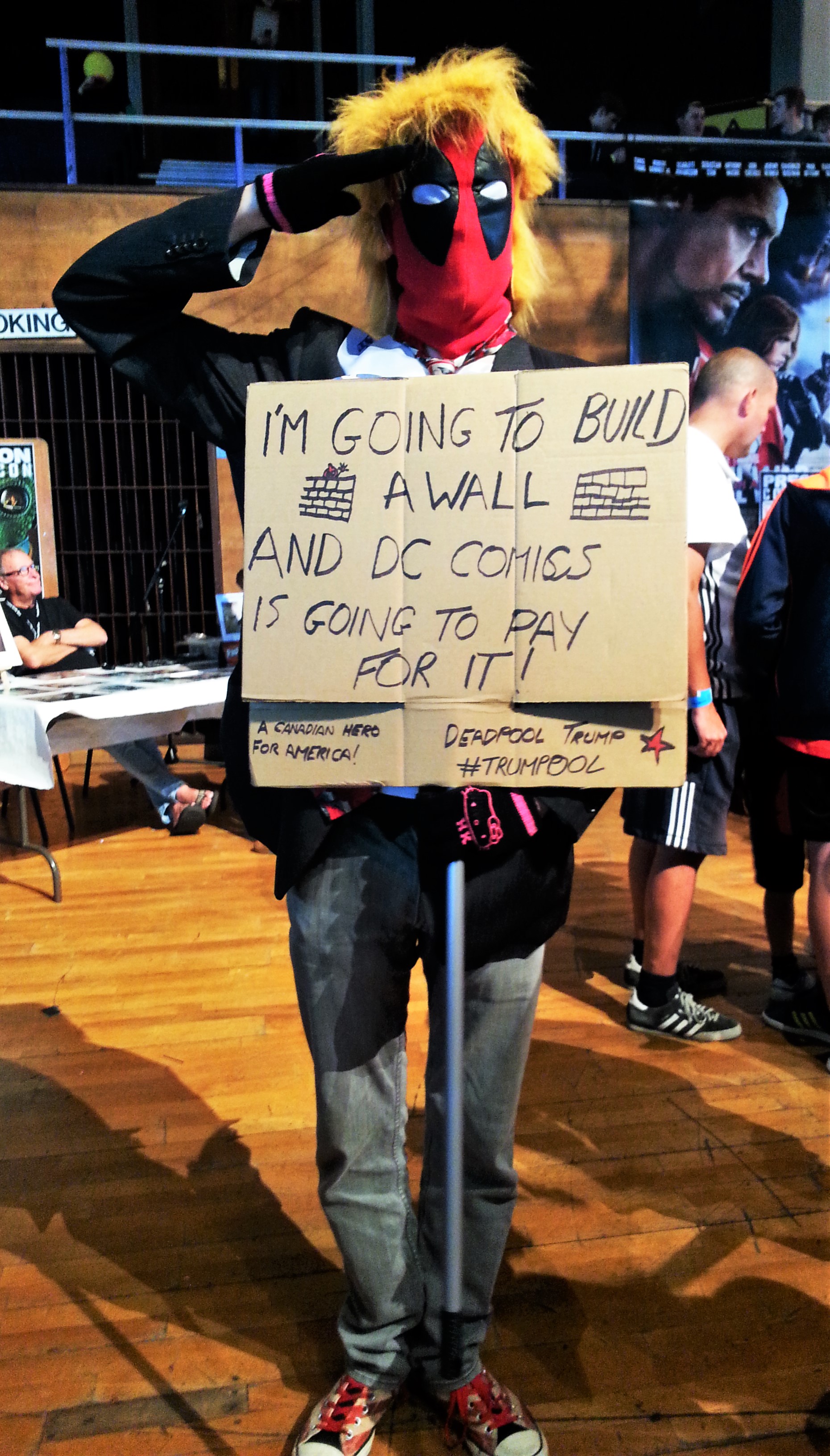 I’ll admit, a Comic Con really wasn’t on my list, but my it was at the top of my husband’s, so off we went.

There are often interesting original artists and writers at these shows (well, at both of the two Comic Cons I’ve been to in my life) so I was prepared to seek them out in the midst of the standard superhero fare.

Having said that, this event made me think about the popularity of fantasy and how adults dressing up as superheroes ties in to the concepts of performativity and masquerade… as well as examining the all-powerful effect of the film industry on individual indentities.

Ultimately, you need to just go with the superhero flow and enjoy the costumes.

I did get to buy a copy of Dotter of Her Father’s Eyes, which Mary and Bryan Talbot signed for me – yes, I did bend Mary Talbot’s ears somewhat about graphic novels as academic writing but I’m sure she may have recovered by now.

I’ve been interested in their work since coming across it whilst researching The Thought That Counts, and whilst it never managed to make it as a graphic novel due to time constraints, I still had a wee dream of writing my own academic graphic novel.

After picking up a copy of issue 1 of 3 Parts Mad, I realised that the dream was very much still alive… I also knew that I’d chosen the wrong essay for the treatment. There was another essay, shelved, which would be perfect for it.

Still, this will take a bit of time. Until then, I’ll keep an eye out for more good drawing/writing and start the storyboarding process in between my other projects.

Any heavy, heady art theories on cosplay? Do share!