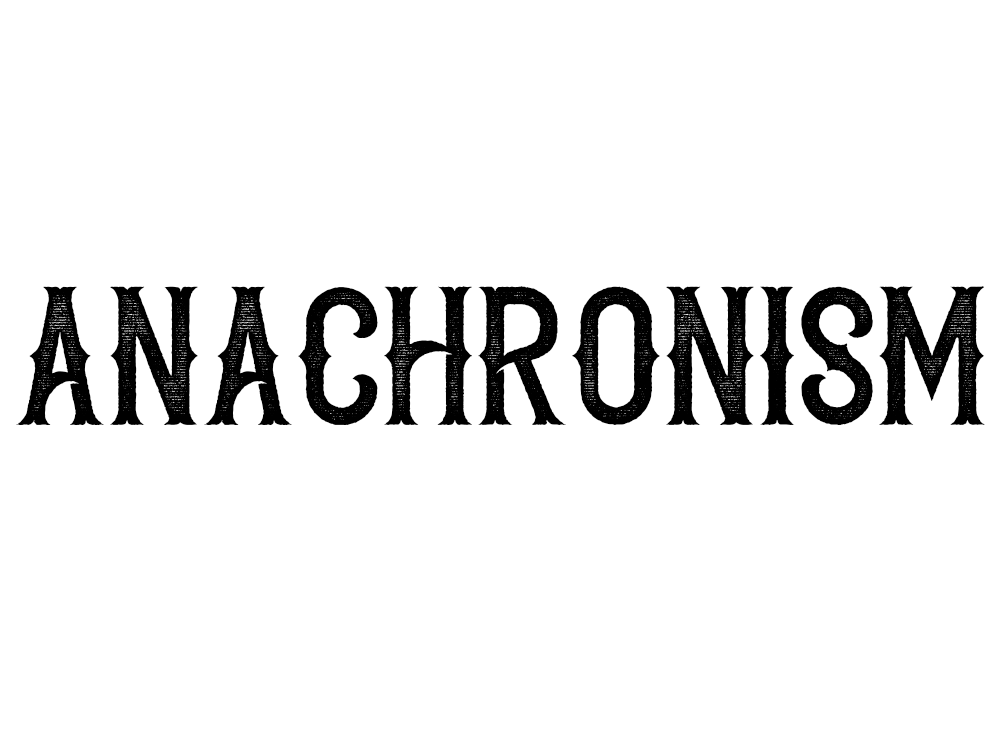 An anachronism or two slipped into our new technology can fill our desire for familiarity and comfort us with nostalgia.Here's to everyday time travel.

n. a person or thing that is out of place in time; a chronological error or misplacement.

This week I reset my phone in a vain effort to fix my broken rear camera.

The result was a return to the very loud, obnoxious default notification settings that I’d previously turned down, and having to use my husband’s phone, which also had the original settings, for taking some pictures.

After a while, every shutter noise was going through me.

“That’s an anachronism,” I said, which was quickly met by something to the effect of,

“who’s a nacransism?” and “you’re a nackarism!” by husband and son, followed by a lot of general goading in my direction.

I wasn’t getting any sympathy for being annoyed by the old-school whirrs and clicks coming from my high-tech device. Anachronisms like a shutter sound for a smartphone camera and telephone bell for a ringtone are actually called skeuomorphs – they don’t really bother me for what they are; I just prefer not to have my every move punctuated by sound.

An anachronism is often defined as a mistake, wherein something modern is dropped into an historical setting, or two historical periods get muddled. Sometimes this might be done deliberately, but it’s most often seen as a slip-up in world-building.

On the other hand, skeuomorphic design works the other way: inserting older imagery, sounds or functions into newer settings. Most skeuomorphic devices inserted into modern life are charming and useful. They display how very far we’ve come from tangible, analog technology and yet, how important it is in understanding how things work.

My first telephone was a rotary phone. A lot of my neighbours still didn’t have a phone in the house, so that rotary phone was pretty cool to have. Eventually we moved up to phones with buttons and phones without cords – then I moved back to not having a phone in the house at all – then back to moving on up the phone ladder until now, where we haven’t plugged our landline in for two years.

For my son, a phone is naturally a glass-fronted slab, but it’s perfectly natural for it to sound like a bell.

Anachronism is a great-sounding word, isn’t it? It literally means “against time”. Sometimes it’s easy to feel like a woman out of time when your post-colonial childhood feels distinctly mid-century and your post-post-modern adulthood feels as if it’s approaching The Jetsons territory, but that process of leaping forward while looking back is something shared by every generation since the industrial revolution. There’s a lot of nostalgia within us for our childhoods and the obsolete tech that was once filling us with cutting-edge fantasies.

As time goes on, will we forget the old-school versions of the things around us? How long will that take? For a while at least, even if our modern devices change, we’ll use pictures of the old ones to understand them more easily. One line in praise of old tech: no-one ever accidentally dropped a rotary phone down a pit toilet, did they?