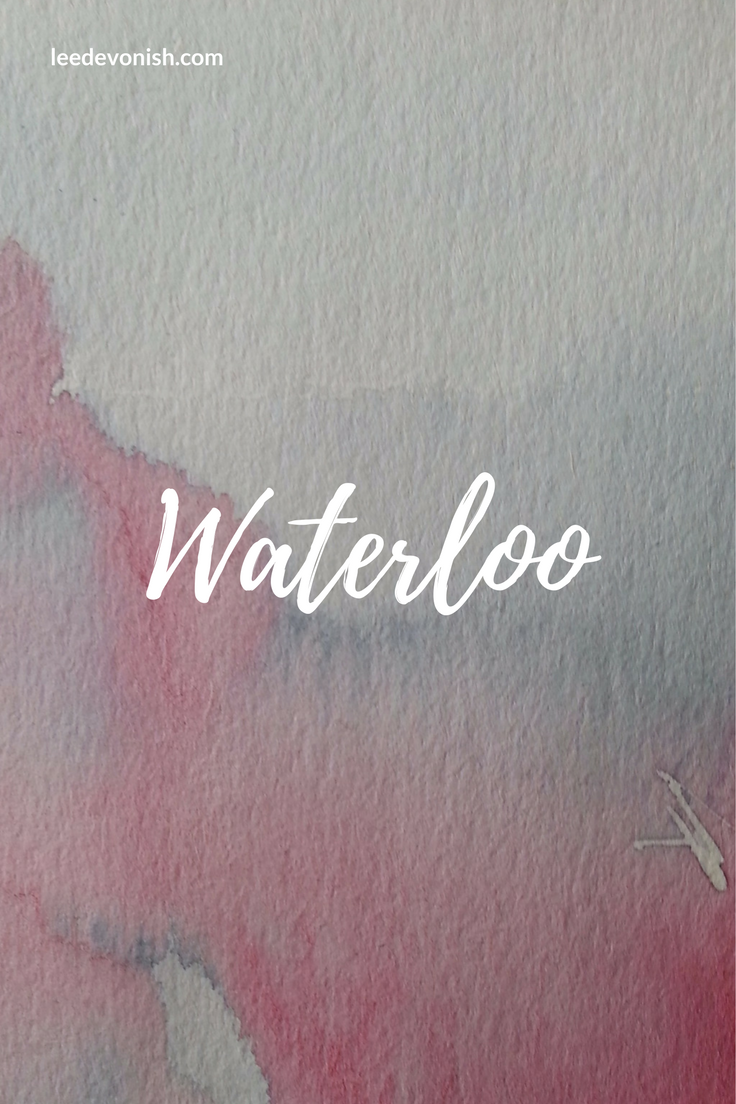 In the evening I walked through the subway towards the station.

I saw the writing on the wall, and realised I had walked into a poem. One that was meant to be commenced at my destination. For those going towards the city.

Pointless to read, but I glanced nonetheless. I would not have stopped, but that one line not hit me like a cold slap across the cheek. It may have been written for all travellers, but today it was only for me.

I read it again.

I knew, I remembered, because of that very day. A day of watching lovers in Westminster, lovers in Jubilee Gardens, lovers in Waterloo.

I remembered without jealousy when we were them, or they were us. I was as happy for them as I was happy for us. I remembered that day when we rolled on the grass in that public private garden, putting on a show of the most exquisite happiness for all the people having their lunches, reading their books and waiting for their buses.

We strolled from park to place to point, never needing to be anywhere but the place we were. Up there on the cool grass, I laughed so hard, kicking my legs in the air, holding his face over mine, pulling his arm around me, pulling my dress down around my knees for the sake of the strangers. But now, under pavements, I am sucked through a concrete straw, into the mouth of Waterloo station.

The words on the rounded wall pointed to me alone and my dream of a garden, faded and foxed like a watercolour left in the sun.

I remembered another summer in another garden in London, sunlight on my face and hands in my hair. Then flashes of trains, airplane windows and cars, always moving and waving goodbye. A Venn diagram of our worlds merging in the thinnest secondary-coloured sliver. But then how I suddenly thrashed and reveled in wonderful grief, doubled over clutching at my stomach, gasping, barking, rasping.

I remembered how I grieved then for the grief itself, quietly and exquisitely, drawing out its every breath and measuring its feebling pulse. Then how I suddenly wished it dead. I folded it neatly and put it into a box of favourite mistakes, there to gather dust and eventually, hopefully, innocence.

Cold uneasiness came over me, faced with the fading stain of the kiss that was once so eager, then became so weak. Not just the draft through the tunnel.

It was the guilt. Of not wanting to live in the dark any more.

Guilt. The guilt of letting it go and it letting go of me.

Guilt. Of cruelly prising apart the grip of my right hand with my left.

Guilt. Of wanting to see the surface again.

But how long could I stand motionless in front of these words? There could no longer be any place left for it, not by my invitation. Neither here in this close tunnel nor above ground. Up there, my green garden belongs to lovers; down here, it cannot exist. The expectation and the memory fought. Green and grey, they collided and kicked at each other until I tore them apart. Crumpled and flung into the corner like read letters. So it had to be. I knew it wasn’t a promise; it was only a plan.

I had a train to catch.

Originally published in 2011, this was inspired by my first encounter with Sue Hubbard’s poem “Eurydice” on the walls of the Waterloo underpass.

The Best Spam Comments On My Blogs This Week - #2