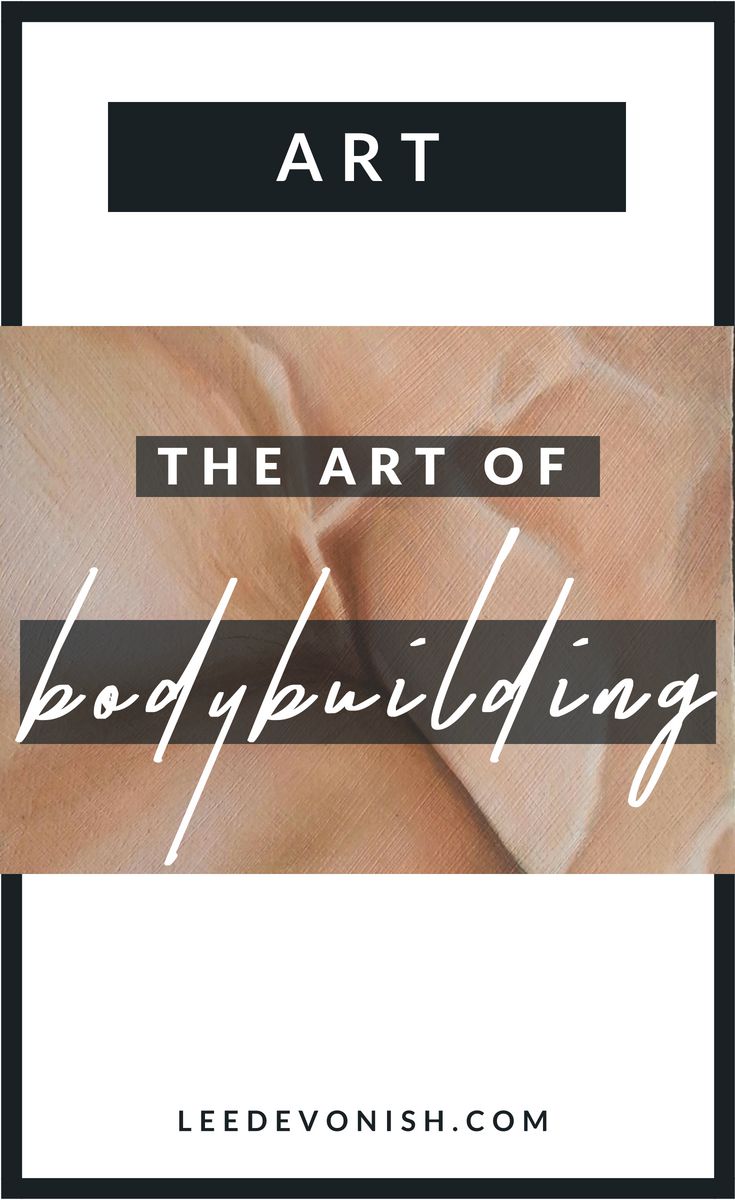 You’ll often hear bodybuilding described by its practitioners and admirers as an art form.

Naturally, the medium frequently referenced is sculpture; it’s often invoked in the way that developing certain muscles is referred to as “sculpting”, and it leans on the languages of ancient nude statuary and the Neoclassical tradition.

Bodybuilders accept their place in the story of the idealised (predominantly male) body and they relish it. More than any artist in the contemporary era, the muscle-bound gym-goer carries the torch for the display of the body and the decisions as to what constitutes the ideal body. Now, more than ever, it’s acceptable to see muscles on display almost everywhere, and the depiction of the anatomical figure rests in the hands of advertisers and marketers instead of artists.

For some years I’ve been interested in the history of the male figure in Western art, but that’s not the main reason why I’ve started to make art about bodybuilding.

It’s the actual process of transformation that I find interesting, and the determination behind that process. We’re all being physically transformed, whether we like it or not: children grow, we get old, and most of us get a bit fatter with time. Passive transformations like these happen to us without being noticed, until we end up in a very different state after a few years have gone by.

Bodybuilding is a process of wilfully transforming from one state to another through a violent process; it’s the ripping of muscle fibres on a minute scale that creates the need for the muscles to repair and grow. There’s a fascinating force of will that goes into trying to control one’s body and manipulate it into something it would not naturally become.

My own interest in the culture started when I was very little, with my mother’s friend Tony “Broad Back” Parris, a well-known figure in Barbadian bodybuilding. I remember visiting him and having him lift me far above his head with one hand – he was definitely a figure to look up to!

Bodybuilding as a measure of masculinity

Bodybuilding is an overwhelmingly male pursuit, and I think it comes down to our inherent social expectations. That’s not to say that there aren’t lots of amazing and noteworthy female bodybuilders – it’s just that most women don’t size each other up on the basis of how big their biceps are.

Men still compete with other men in a race to be the biggest, while women are still conditioned to want to become smaller.

The art of bodybuilding

Nowhere does this seem more pointed than when looking at the art and illustration that accompanies bodybuilder culture – the visual language of bodybuilding. Of course, a lot of it has to do with the photography of competitors, as the purpose of posing is to display one’s body to one’s best advantage, and photography for posterity is essential.

But I’m talking more about the way in which built-up bodies are interpreted in visual culture, by fans of the sport and amateurs, as well as by designers and illustrators creating images for wider consumption.

In so many images, proportions are distorted to those incompatible with human life… it’s as if there is no such thing as “big enough”, no pleasure in keeping within the realms of reality. The most superhero-like beings amongst us are still contorted and stretched beyond all recognition. It’s as though those who are most keen to absorb this kind of visual spectacle get hooked and start to seek out more extreme bodies than the pec deck could ever provide.

Not convinced? Do a Google search for bodybuilder art, and skip through YouTube thumbnails of bodybuilding videos. The dedication to freakishly Photoshopped images is impressive. 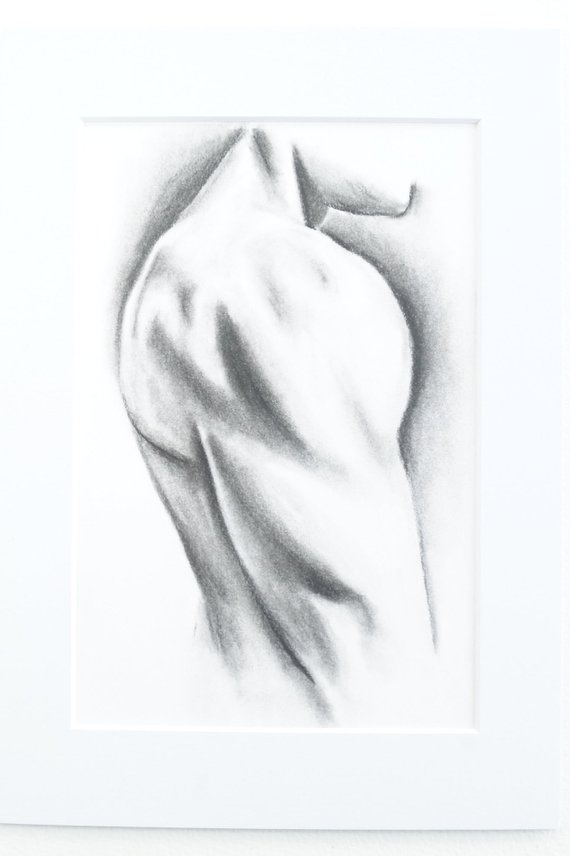 To me, it’s as if these bodies, that have been pushed to the edge of human capability and live in the realm of fantasy, are never seen as fantastical enough by their audience. They inspire thoughts of more are always pushed to being something more, something superhuman and, of course, superheroic.

Sure, it’s easy for a traditionally focused, representational artist to see something uncomfortable in the work of a predominantly comics-based segment of visual culture, but I see my art as celebrating the human endeavour and not just the end spectacle.

My approach to depicting the transformation of the built body

Instead of pushing the fantastical, spectacular aspect of the forcefully altered body, I take a more naturalistic approach, rendering bodies in a contemporary realist style. My goal isn’t to idealise any further than the model has been able to idealise himself; it’s to express admiration for the process of transformation – guided, willful, and of course, difficult self transformation. 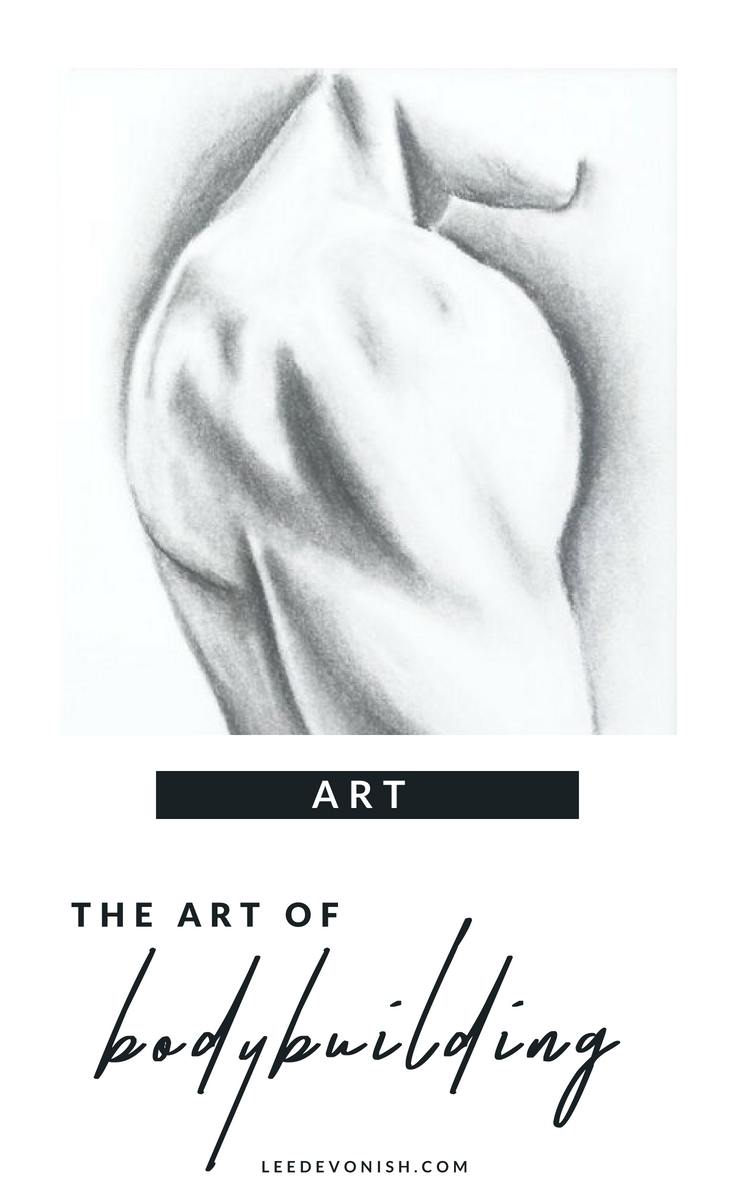 Don't Buy This: The Irony Of Selling Anti-Consumerist Art