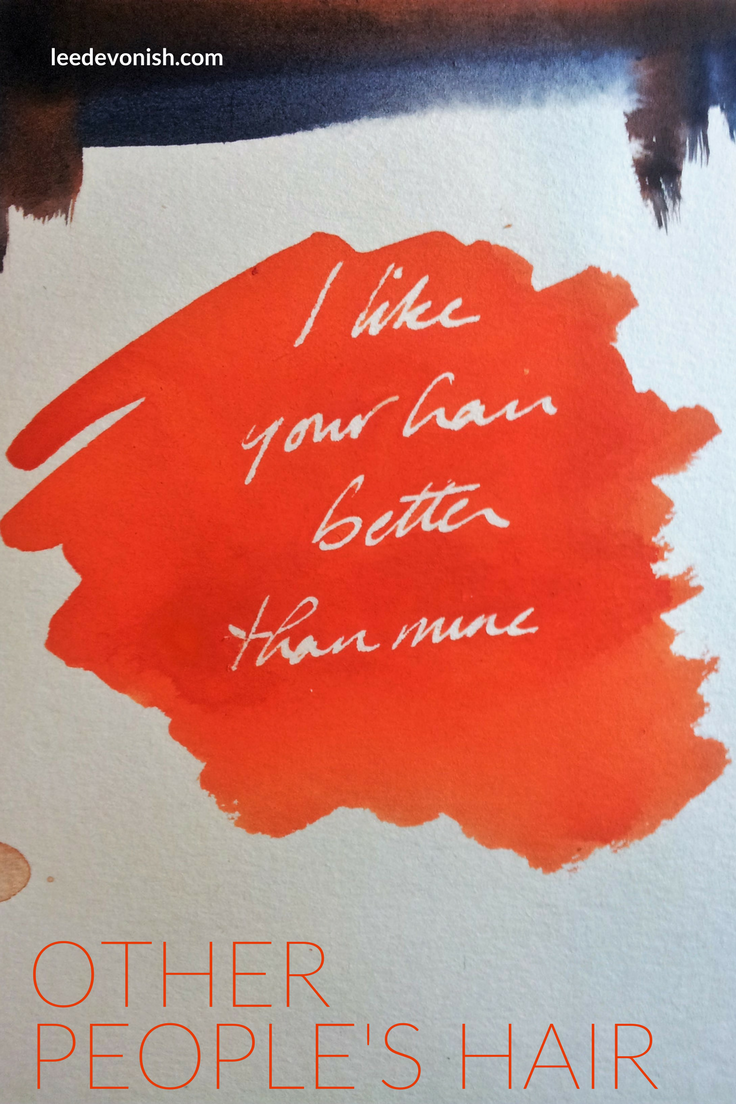 Isn’t it always the way?

What’s the weird compulsion to straighten our hair when it’s curly, or curl it when it’s straight?

A lot of the time we’re fighting against our genetic nature: striving to differentiate ourselves from our immediate peers. We put on a style to describe who we are and what we are, or at least what we want to be. Life gets much easier when we just accept what grows out of our heads (or what doesn’t), and make the most of that.

By the way, I don’t really like other people’s hair better than mine.

Maybe I used to once… but I’ve grown out of it, and my hair’s grown out too.

How does your hair shape your identity and community? Read “Roots And Culture” for more. 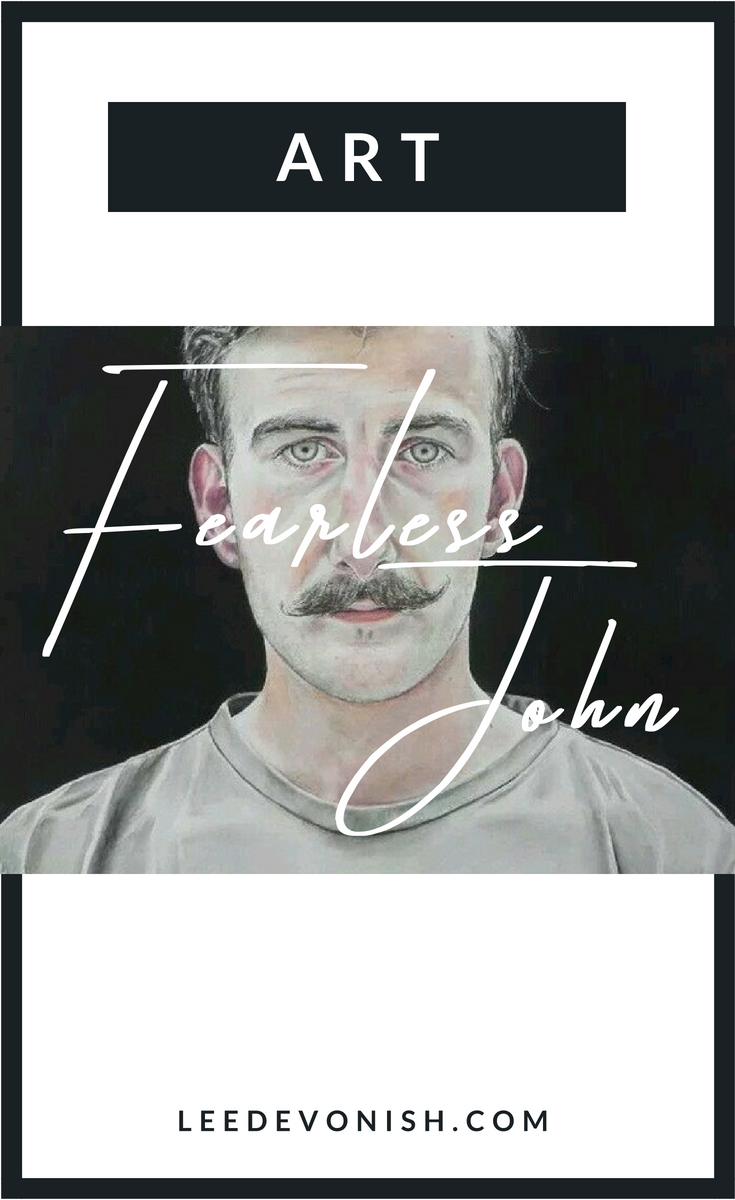 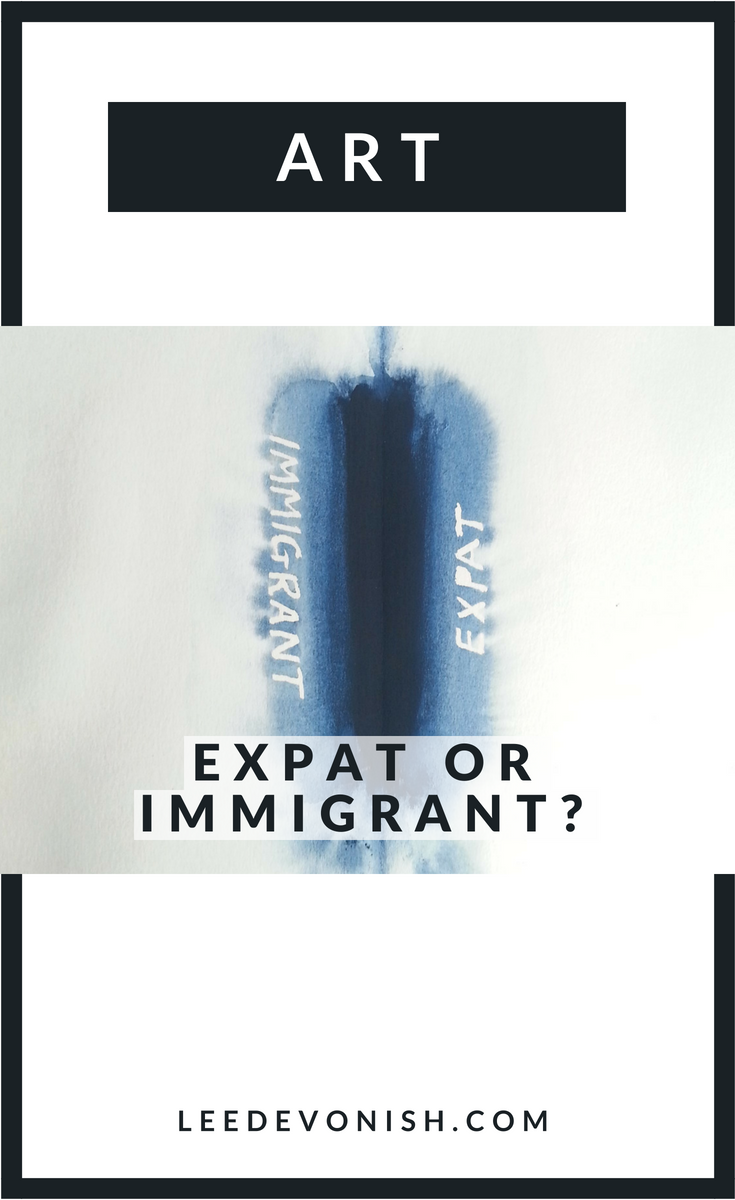 Both are the same, of course, and I am both at once… but which word do you choose, and for whom? Your dominant affiliation will answer – how you see yourself and your authority in the world, and the authority of your country of origin vs the country you go to.

However, the history of the words and their applications carries much more than a personal choice.

Many people think, with good reason, that the term “expat” has become synonymous with white migrant workers, whilst “immigrant” has been reserved for people of colour who go overseas to work. There’s more at work than just race. There’s nationalism and wealth to consider when we think of expat or immigrant.

The words don’t need to carry these meanings, but they’re reinforced by the way we repeatedly address the hierarchical relationships between rich and poor, coloniser and colonised, expat and immigrant.

What feels even more strange is the way that we migrants – immigrants or emigrants – refer to ourselves. As a Bajan abroad, I’ve always thought of myself as an immigrant. I learned to frame my self in relation to my new country, not my old one, even though I carried my old culture around with me and only ever saw my travels as a temporary measure at the start.

It’s the weight of culture that tells us that we are immigrants when we go to a bigger, richer country. Perhaps it’s time to start defining ourselves as emigrants or expats in our choice of language and letting that seep into our identities.

Using art to talk about the expat vs immigrant relationship

Instead of using words to fight words, I’ve used another language to discuss this hierarchical relationship.

Fitting the medium to the message of immigration

Instead of treating these paintings with reverence, I’ve purposed them to be disseminated widely. They will only be available through print-on-demand platforms, and their imagery will be placed on somewhat incongruous surfaces for mass consumption. 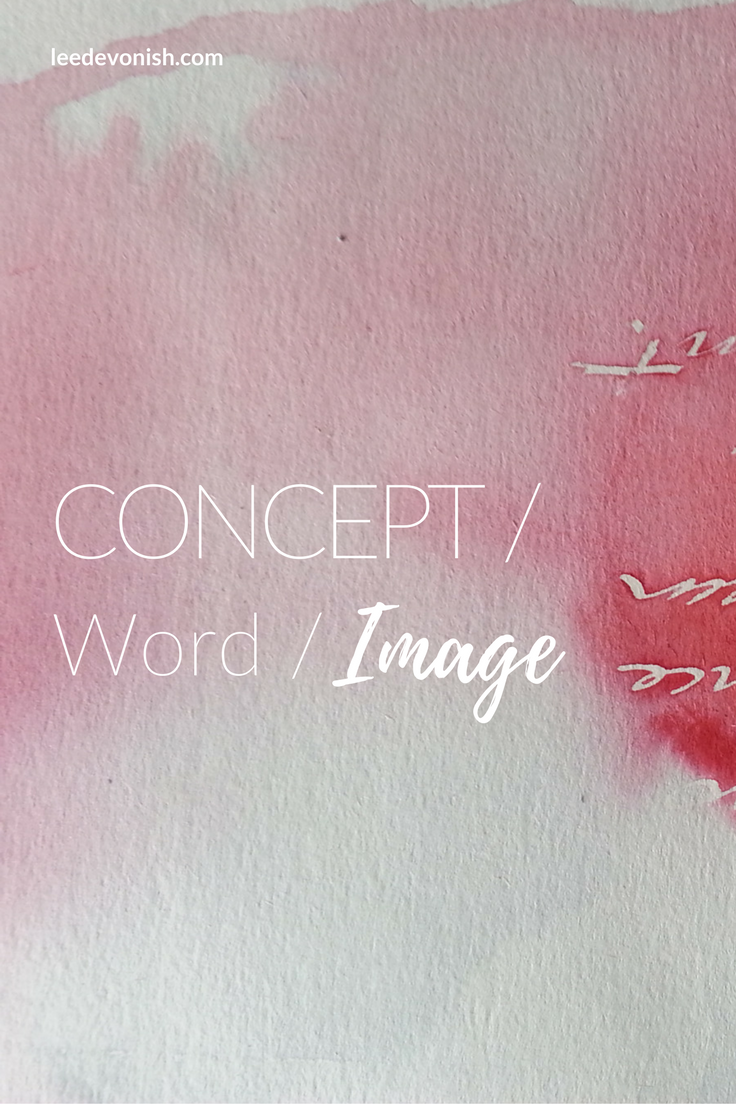 A few years ago, I wrote an essay entitled “The Thought That Counts”, on hierarchical dualisms within academic and non-academic modes of thought.

In it, I tried to address all manner of subjects including conceptualism, craft, feminism and graphic novels, linking these through similarities within oppositional pairings.

The sprawling project did earn me my Master’s degree but also helped me to address my own practice, in the way in which I became interested in binding thought, language and writing with the image.

Mixing it all together

Personally, I’ve come to re-think my previous work on the gendered gaze, or the male as recipient of the gendered gaze, and try to combine visual and textual elements to be read as equal signifiers… or ignored, at the viewer’s pleasure.

The visual representation of thought is a concrete device of the graphic novel that I want to transport to the realm of the single-frame ‘fine’ art piece. I’ve chosen watercolour for this kind of work precisely for its unfashionable status and attachment to now-repugnant understandings of art and middle-class respectability. (Think twee cottages and greetings cards.) There’s also the matter of its legibility – it’s familiar and understandable, and downright gorgeous at times.

As my work continues I hope for it to provoke some internal discussion over the remaining hierarchical structures surrounding concept, word and image – will it actually succeed? .