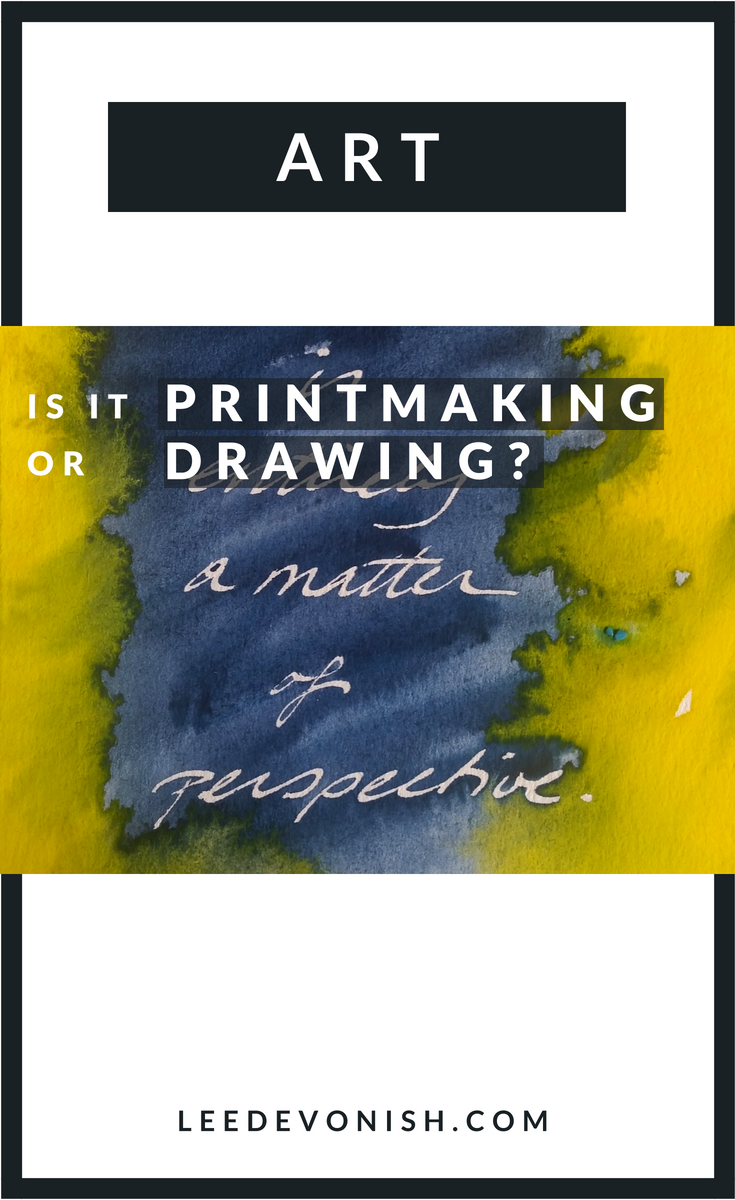 Is it printmaking or drawing?

And does it matter? I’ve made a number of text-based paintings, which I like to describe as the result of thinking about trying not to think too hard. Not thinking too hard is nearly impossible for me, so as an exercise these works were fantastic!

There’s an element of relaxation in the process of abandoning total control of the paint and letting it do its thing, but even this is not really complete; the process is managed throughout. I’m not one for completely gestural work and to go in for that entirely would feel false to myself.

There are a limited number of prints, each one unique in its own way.

The process of drawing becoming printing

I think of these pictures as prints, although they are simultaneously drawings and paintings. Although they do not fit the mould of traditional printmaking, the work is approached as an edition, produced at the same time, and created by repetition of a specific process.

My handwriting is my specific graphic fingerprint, which is the same, yet different each time. This is repeated in the paint, the colours of which are the same each time, yet different, as the process of interaction varies across the surface.

Text in art and its associations

Of course, these are redolent of associations with Jenny Holzer, John Baldessari and Tracy Emin; for me, I like to think that they are the graphic link between the conceptually privileged thought/word and the thing/image.

The concept used in this example is something that I’ve batted around for years, and I know to be something that occurs to all people like me – people who have moved around the world and viewed it from new angles. The idea relies on the received notion of perspective, which should make it immaterial… but the word is a much heavier one than it should be.

It links to the idea of the words ‘immigrant’ and ‘expat’, and how we choose to assign these to people from different backgrounds.

Original prints are also available in my Etsy store. 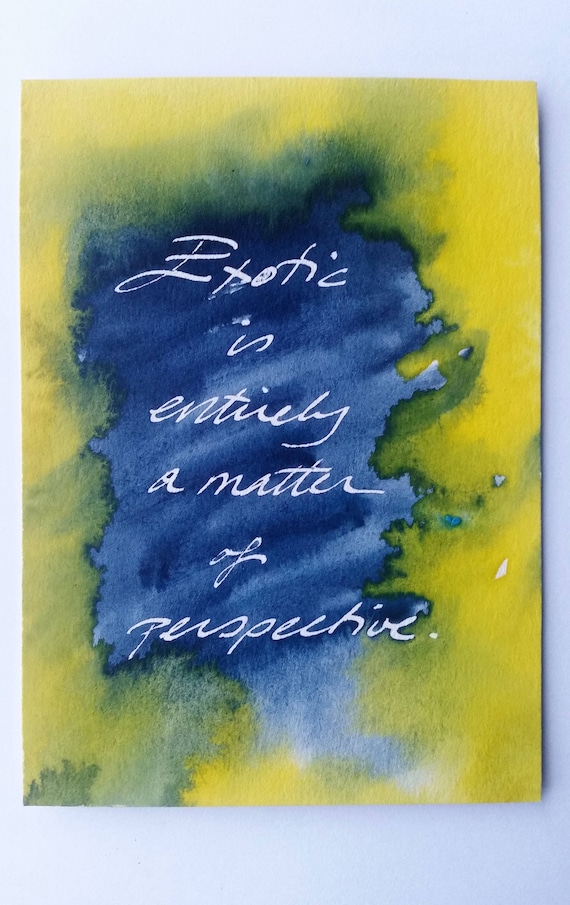 ‘Exotic’ is also available as part of my dissemination range from Zippi, where it is available as a print on a selection of items. 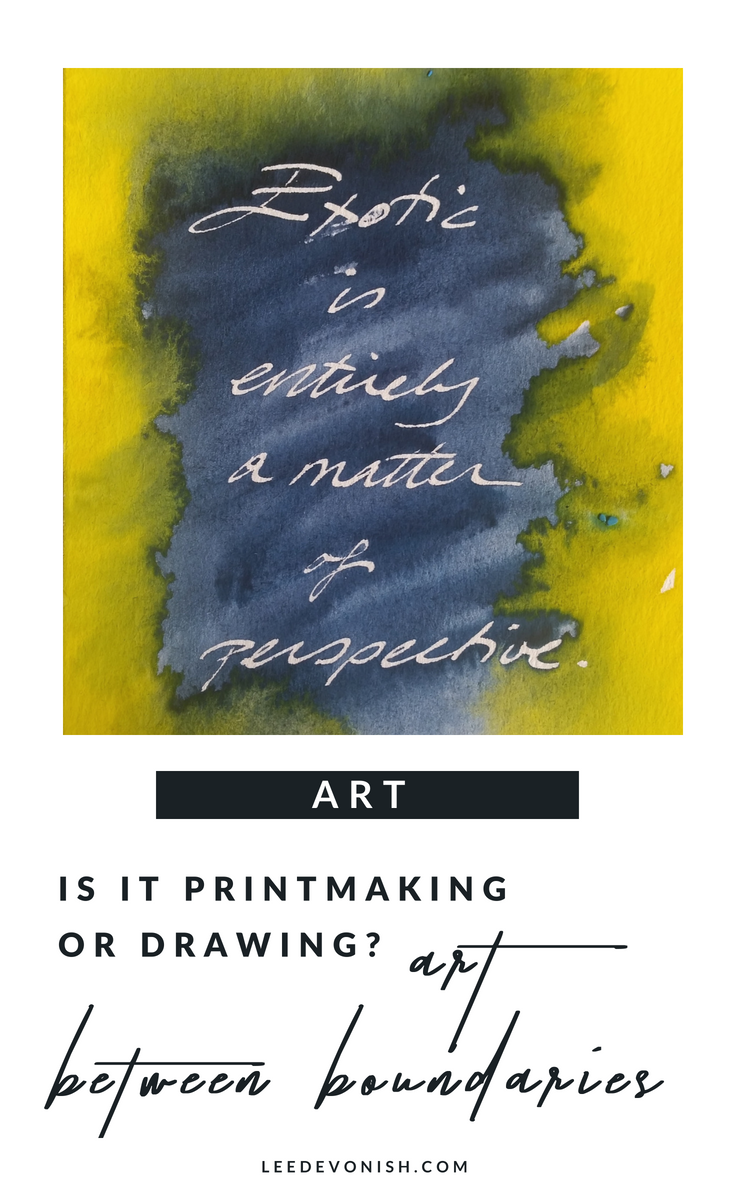