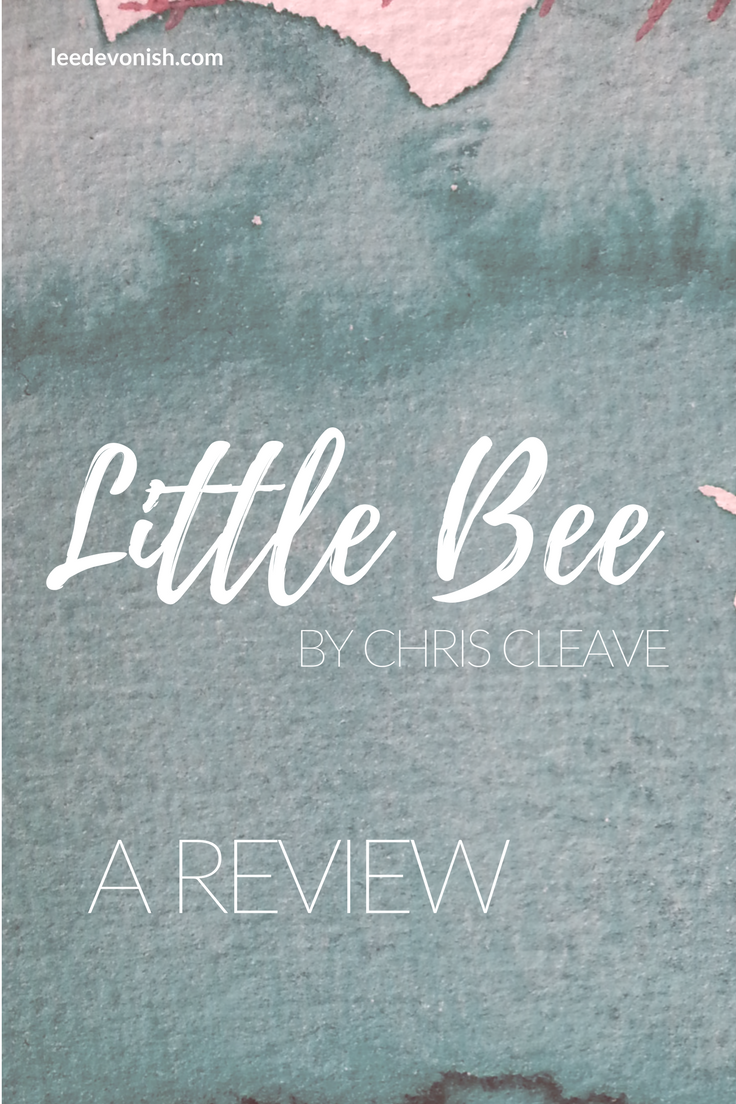 Little Bee / The Other Hand by Chris Cleave – a review.

Little Bee is a 16 year old Nigerian refugee whose story begins long before we hear her voice in a British immigration detention centre. Somewhere in the past, the thread of her tale has become inextricably knotted with that of a middle class couple from Kingston-upon-Thames, and as she prepares to step out onto British soil, that couple’s world begins to unravel.

The first revelations come quickly, but leave the reader begging for more: how has this funny, clever but terrified girl found her way to this far-away land, and how does she know Andrew and Sarah O’Rourke?

Andrew and Sarah have the power of money and the privilege of British citizenship which allows them to escape the events that tied them to Little Bee, but they cannot escape the aftermath; it will not reveal too much to say that death arrives not long after the girl does. The couple have the desirable veneer that the refugee girl wishes she could put on, but it isn’t enough to protect them, or their young son, who incidentally lives in a Batman costume.

It makes one think about the loss of security we feel in the Western world , where terror has come to our doorstep in spite of our wealth, armour, and our perception of ourselves as being exceptional.

As for the book’s alternate title, The Other Hand, it speaks about more than an alternative view of an event; it hints at the violence buried in the pages and the value of another’s life.

Its opening line sets up an investigation of value and values: if a single pound coin is both free to circulate and is welcomed everywhere, then why can’t an African girl enjoy the same freedom, or be as welcomed?

This plain description of the pound and its power is simple but arresting, and brings to mind innumerable concepts of money and intrinsic worth that we hold to be sacred, just by virtue of never challenging them.

In truth, this may be more arresting to me than some others, as when Little Bee talks about the freedom of the pound in opposition to the restrictions placed on a girl like her, in a way I am reading, “a girl like me.” Cleave drops globalisation squarely into the scene in the first part of his story; Little Bee understands it and tells it like it is, with a solemnity we wouldn’t expect from someone of her age and background.

Cleave’s writing is gripping, and seamlessly uses both Little Bee and Sarah as narrators. However, Little Bee’s language tends towards the poetic as the novel reaches its melodramatic climax, and you are left with the sense that this girl, formerly very solid, funny and real, is being used as a substitute for some general “elegant African-ness”.

Also, attempting dialogue in Jamaican patios results in a jarring effect, and only serves to point out the difficulty in writing so far outside one’s natural frame of reference. This one small thing for me reduces Yevette, a character from the detention centre, into a caricature; it is the one thing that could be seen to suggest a lack of sensitivity.

From the novel to the news

The story is a curious mix of humour and horror that stays with you long after you finish it. There are few books that return to mind in the way that this one does – forcefully and unbidden. This is helpful in an age of compassion fatigue, where the plight of migrants is brought to us first with shock and disbelief, and soon afterwards with side helpings of scorn and mistrust by the mainstream media.

It is particularly hard to read it now without recalling Boko Haram’s abduction of 276 schoolgirls from Chibok in 2014, seven years after the book’s publication.

This, and the horrific new slave trade awaiting sub-saharan migrants who make their way to Libya in the hopes of reaching Europe, colours the story with a new sadness; you realise that even when the cover is closed on this book, the true story is far from over.

Inheritance: The Search For My Mother's Father - Part 1