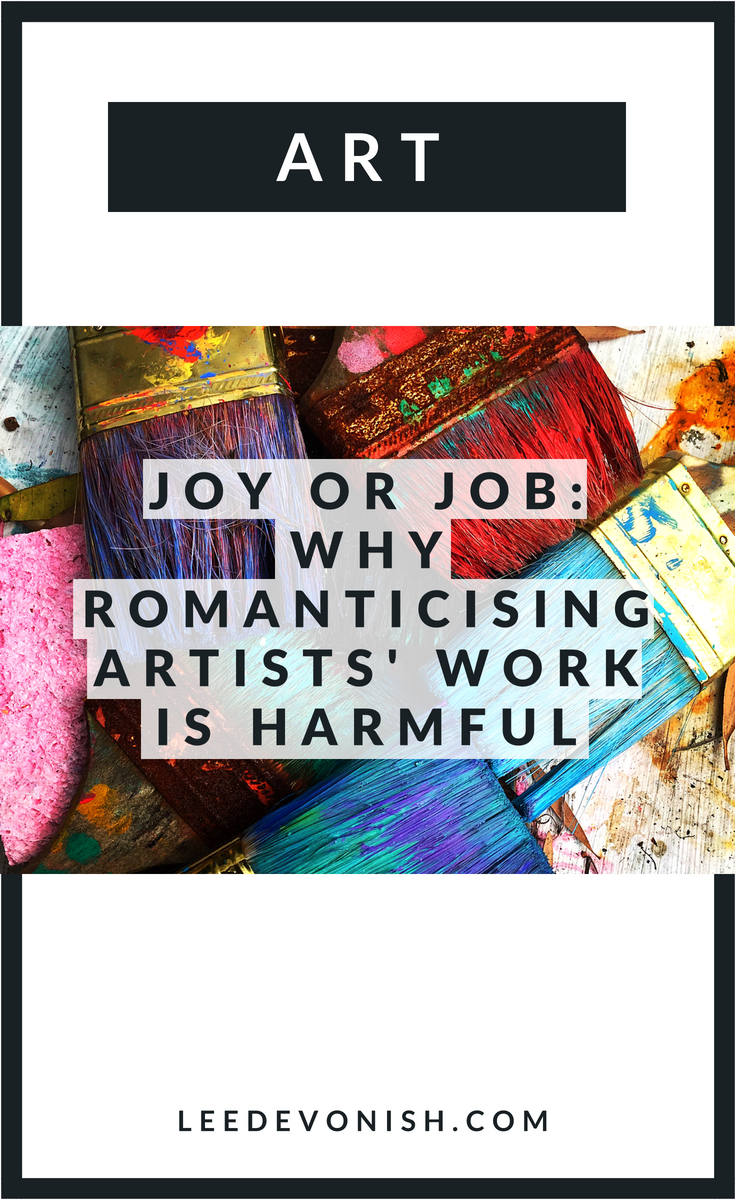 So said Jonathan Jones in a review of Rose Wylie’s show at the Serpentine Gallery, Quack Quack. This stuck with me.

Jones was getting ahead of the reaction to Wylie’s naïve-style work, saying that, in the UK, we need more of Wylie’s type of work to shake us up a bit, because we “still expect painters to do a proper, hard-working job.” The art critic proclaiming that artists’ work transcends real work does us a small favour and a huge disservice at the same time.

The favour is that it acknowledges the magic inherent in art and the process of creating art, and it’s in that magic that the true value of art is born.

The disservice lies in the implication that creating art is not real work. Thanks to this kind of attitude, we can carry on romanticising artists and their work, and expecting them to exist in a moneyless bubble where they waft around at their joy instead of work at their jobs.

The idea that artists don’t have “real” jobs is destructive in two directions: it damages the public’s perception of working artists and encourages those who refuse to pay artists for their work, and it damages emerging artists’ perceptions of themselves, causing them to hold back from investing the time and care their practice requires.

The hypocrisy of art and money

Of course you can make art and make money.

Despite what you may think, there’s no either-or; the problem comes with the limiting scripts that we’ve picked up… and then put down… along the way.

Artists don’t work for free. At least, I should say, professional artists don’t. If you had to name a famous artist, what likelihood would there be that your choice would be an artist who had never sold a painting? That likelihood would be very low, simply because fame develops from exposure to the consciousness of others. (The exception to this would be the Van Goghs of this world, where the secondary art machine has seized on a story and mined it for all its worth, idealising poverty and mental illness.)

Because of the romantic idealisation of artists by filmmakers, writers and publishers, we’ve absorbed the idea that being an artist is so wonderful that it should be payment in itself, and those who are seeking anything more cannot be “real” artists somehow. Yet we want our real artists to prove themselves by having the track record of sales and shows.

Writers sell books, musicians sell recordings, artists sell their art. But that’s just the surface. Writers, musicians and artists can do much more than focus on selling an end product: the problem often lies in the bewildering multiplicity of options for making a living as a creator, and that there isn’t one single, direct path to follow.

Throughout all of human history there has been an exchange of skill for money. The skills of artists – all the skills, not merely the technical skills – aren’t exempt from this, and that’s a wonderful thing. Society needs the arts and artists to keep its heart beating and remind us what it means to be alive.

The relationship between art and money isn’t rocky; it’s plain sailing. The way we’re made to feel about money and art, however, is full of stomach-roiling contradictions.

The first step to finding your own path is to ignore those who tell you it isn’t there, simply because they can’t see it themselves.

The second is to realise that making art is a job. It should be a joyful job, but if you never give it the respect it requires and never put the work in, can you ever expect the results?

If you never put one foot in front of the other because it looks too much like hard work, how far will you go?